Mexico wants to join the U.S. in a World Cup bid, but that is a dream too big.

The United States Soccer Federation and president Sunil Gulati are wary of bidding to host another World Cup until FIFA does a better job outlining the process and expectations of bidders, but if they ever get around to considering another bid, Mexico wants to be included. They think a U.S.-Mexico joint-hosted tournament should be on the table. 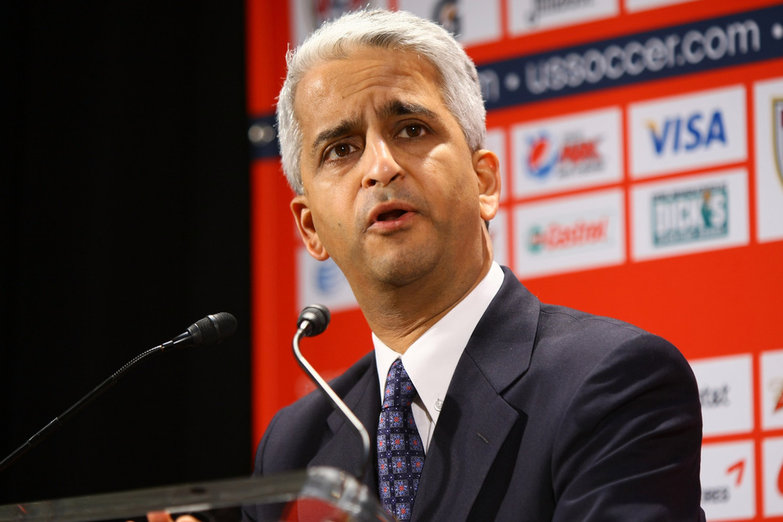 "Do it with some Mexican cities there," Liga MX president Decio de Maria told Gulati in a panel discussion.

Of course Mexico would like to be considered for a joint-bid with the U.S. Frankly, it is there only chance to host a World Cup in the near future so they'll ride the only wagon going into town if they can, but the U.S. and FIFA have to ask themselves one question: why Mexico?

Is there anything Mexico can add to a U.S. bid? There is the argument that more cultures would benefit any bid, but is that really enough?

At a maximum, 12 cities can host World Cup matches. To really bring Mexico in, they would seemingly have to host in at least two cities, if not four. Is San Francisco, Seattle or Boston giving up their spot as a host city for Mexico City and Guadalajara? As historic as Estadio Azteca is, it doesn't come close to offering anything else that the U.S. stadiums host. Estadio Omnilife would be by far the smallest stadium in such a bid, coming in more than 20,000 seats short of the average capacity for the U.S. cities.

And even if one could get past the issues with limited cities available to host or the quality of stadiums, there is the travel issue. The size of the U.S. is already a barrier to the country hosting a World Cup, either asking teams to travel cross-country throughout the tournament or group the cities in pods to limit travel. Adding Mexican cities would only exacerbate the travel, making it more difficult on fans as well as teams.

Of course Mexico wants to join up with the U.S. for a bid and they should be doing their best to push their way into the only door even remotely available to them, but put aside the emotional arguments or even those of fairness. While they may be compelling -- and if you want to take an idealistic view those arguments may even make for a better World Cup -- that isn't how FIFA works, as is more obvious now than ever before.

Mexico is more like to hurt a U.S. bid, adding travel and stripping the tournament of potential revenue -- Mexico doesn't play so many of its matches in the U.S. and Mexican companies don't advertise all over American soccer just for fun. The best argument the U.S. has to host the World Cup is that it is a soccer market still ripe for growth, its stadiums and infrastructure are unmatched and the revenue would likely smash every record. Sorry, Mexico, but if the wagon ever comes by, it is heading into town without you.

• Gonzalez out with hip injury