The U.S. gets to show in front of the Tartan Army. Who wins?

The United States is in Glasgow to take on Scotland at Hampden Park and if all goes according to plan, it will go a lot like their last match against the Scots. That meeting came last summer and the Americans romped over the Scots to a 5-1 win in Jacksonville, but that came at the end of the European season and Scotland had little incentive to play. They were lackadaisical and uninterested and the Americans took advantage, led by three Landon Donovan goals.

Get to know Scotland 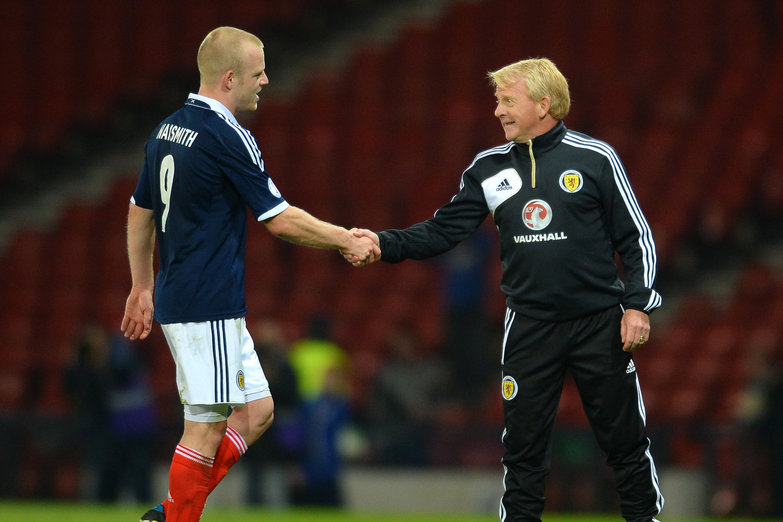 Breaking down the Americans' Friday opponent.

This time around, Donovan isn't around. He's been sidelined by injury and so has Clint Dempsey and Fabian Johnson, while Matt Besler, Graham Zusi and Kyle Beckerman were not called up because their club teams are still in the MLS Cup Playoffs. Scotland is also more likely to play with some energy, being early in the season as opposed to the end of it when they wanted nothing more than an offseason break.

It's tough to imagine the U.S. putting the same beatdown on Scotland that they did last year, but will they win?

Ryan: This match screams ugly, with neither team having a ton to play for or a meaningful match coming up to prepare for. The U.S. reserves battling to make the World Cup roster, like Sacha Kljestan, John Brooks, Terrence Boyd and Eric Lichaj, will probably impress most when they get their chances and that, plus the Americans' superior talent is worth a couple goals in a 2-0 win.

Kevin: This game will probably not even look like soccer. 0-0.

Zach: Scotland, looking for redemption after their embarrassing loss against the USA in 2012, start strong and lead 1-0 until late when Brek Shea is hit by a haggis thrown from the stands. Shea enters a trance and scores a hat trick in the final 10 minutes as the US wins 3-1.

• Dempsey, Fabian go down with injuries