The United States' World Cup hopes rest on the draw

The 2006 edition of the United States men's national team wasn't any worse than the 2010 edition, but the latter will be remembered much more favorably. For the U.S., the World Cup is all about the draw.

Share All sharing options for: The United States' World Cup hopes rest on the draw

Brazil running out of time 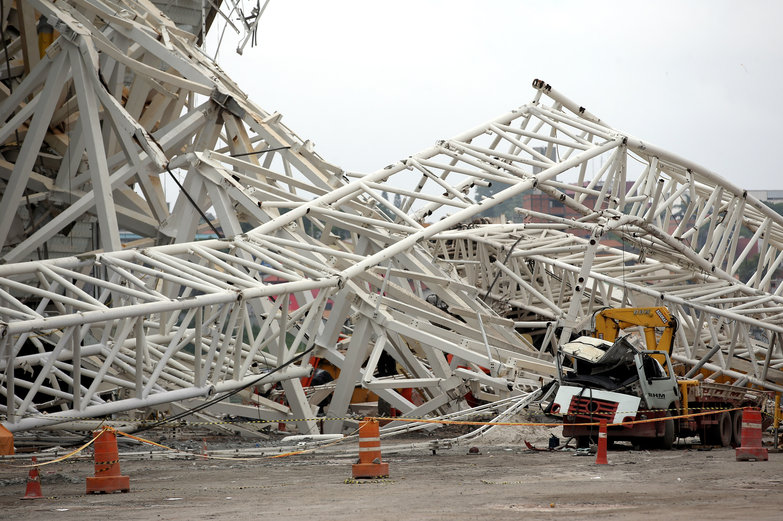 The World Cup is six months away and Brazil isn't nearly ready to welcome the globe to its shores.

The World Cup draw is, on the surface, a silly event. There's a red carpet for managers, federation presidents, overweight (and probably drunk) former players and, finally, good-looking celebrities just to keep it from getting too creepy. They enter a giant hall where song and dance entertains them for an hour or so while even the most obscure things are called "an homage and representation of the great country of [insert host country here]." All of it is done so, in the end, a seemingly random collection of people can pick ping pong balls out of bowls.

And those ping pong balls, the draw, can end a team's World Cup almost before it began. It could also fast track a team to glory. Nobody knows that better than the United States.

When Landon Donovan jumped on a rebound and knocked it into the open net on June 23, 2010, he made the Americans' World Cup an undisputed success. The U.S. had beaten Algeria and moved to the top of Group C, marking the first time the Americans had won their World Cup group in more than 70 years. They had also captured the attention of their country, pushing soccer to the forefront of the American sports conversation for arguably the first time ever.

But while praise was heaped upon Donovan, head coach Bob Bradley, Tim Howard for playing through a broken rib and the American spirit, which became the dominant narrative after a dramatic draw with Slovenia and a late win over Algeria, the biggest U.S. hero wasn't even American. The biggest American hero wasn't a person or a convenient narrative either.

Six months before the U.S. ever played a World Cup match, they were drawn into as easy a group as they could have ever imagined. Aside from hosts South Africa, England was the weakest team in Pot 1, made up of the tournament's seeded teams. Slovenia was playing in their first World Cup, and were the smallest country to ever qualify for the world's biggest sporting event and Algeria was making their first appearance in the tournament since 1986.

It wasn't so much that the U.S. played their way into the knockout stages as they avoided disaster. Slow starts, as evidenced by their first half against Slovenia, horrific refereeing, seen when a would-be winner was somehow disallowed later in that match, and bad luck, as so many chances to score on Algeria just barely missed, almost doomed the U.S. But despite the soccer gods' repeated attempts to derail the Americans, they were through to the knockout stages, just as the draw put them in position to be.

The U.S. wasn't so lucky four years earlier, as they crashed out of the World Cup in the group stage with just a point to their name, It was called a calamity. For a month leading up to the tournament, the Americans had rallied behind their national team with the hope that they could build upon their shock run to the quarterfinals in 2002. Donovan and DaMarcus Beasley were the starlets back for another run and featured on ESPN as well as the cover of Sports Illustrated. 2006 was the Americans' World Cup. 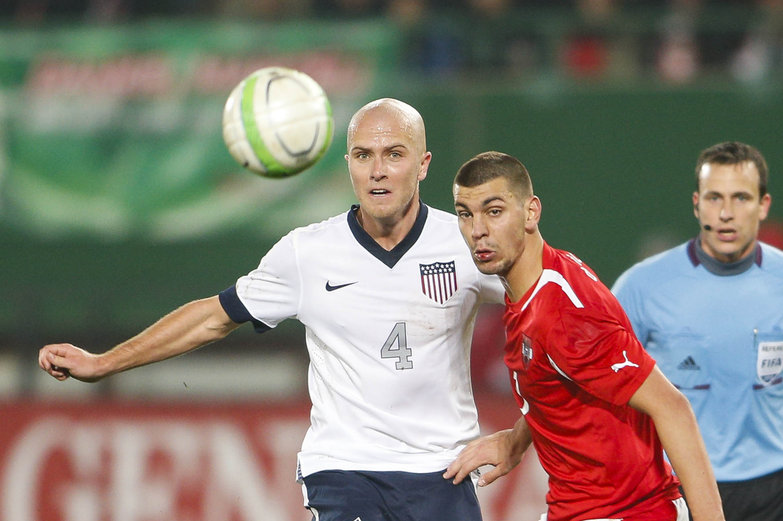 Friday's draw will likely turn ugly for the Americans.

But the excitement surrounding the U.S. in Germany ignored that the ping pong balls had done them in months earlier. The U.S. had been drawn with Italy, the eventual World Cup winners, the Czech Republic, arguably the best non-seeded team in the tournament, and Ghana, who would prove in Germany and again in South Africa that they were the class of Africa. It would take a near miracle for the U.S. to go through and while they tried -- had it not been for a penalty call in their final group stage match that was dubious at best, they may have advanced -- they were always a longshot to play more than three matches.

While the 2010 team is viewed as an triumphant squad and the 2006 edition a failure, the realty is that Bradley's side wasn't any better than the one Bruce Arena took to Germany four years earlier. They were simply luckier.

Had they drawn the eventual World Cup winners Spain, the U.S. would have been lucky to nab the draw that the 2006 team picked up against Italy. They probably wouldn't have done any better against the Netherlands, the best non-seeded team in 2010, just like the Czechs were a force four years earlier. And the U.S. showed in South Africa that they couldn't beat Ghana, just like they couldn't in the previous tournament.

On Friday, Jurgen Klinsmann, Sunil Gulati and the rest of the American delegation will walk down the red carpet at the Costa do Sauípe Resort and smile for the cameras. They will take their seats in the hall and watch supposed Brazilian culture, palms sweaty as they wait for the main show -- the ping pong balls, picked by who knows which celebrities and former players of questionable sobriety. After all, the USMNT's World Cup fate could be determined right then and there.

• USA placed in Pot 3 for draw

• The Group of Death beckons