Clint Dempsey's agent says he won't move, but should he?

Clint Dempsey looks set to stay at Spurs, but should he?

Share All sharing options for: Clint Dempsey's agent says he won't move, but should he?

Clint Dempsey's first season at Tottenham Hotspur didn't go well. Did it go so poorly that Spurs want to dump him after just one year? The rumor mill would have you believe that Tottenham want to offload the American, but his agent Lyle Yorks has said that is not the case.

"I have been in constant contact with Tottenham and they are happy with Clint and he’s happy with the club. He’s reporting back shortly. He’ll be back there and will be in Hong Kong [for pre-sesaon] and everything’s good. There have been no meetings and no discussions. Not with Tottenham or with any other teams about Clint."

If Dempsey is not being shopped by Spurs, Yorks does paint a picture than is significantly brighter than reality. Tottenham may want to keep Dempsey, but not in the same role he played last year or the role the American would prefer to be in.

The signing of Paulinho and Sandro's return to fitness will give Andre Villas-Boas the chance to play a 4-3-3, with those two anchoring a three that can include Moussa Dembele, Lewis Holtby or Gylfi Sigurdsson, but almost certainly not Dempsey. That leaves room for Gareth Bale, Aaron Lennon and a striker (Emmanuel Adebayor, Jermain Defoe or a new signing) on the field and not another soul.

It's possible that Villas-Boas will choose to rotate his trio of midfielders and stick with the 4-2-3-1 that he used for much of last season. That might give Dempsey a way in, but that would force him to hold off Sigurdsson and Holtby if he wants regular playing time, which is an unlikely way forward for Spurs. Equally unlikely is the possibility of using Bale as a false nine, another option that would open a door for Dempsey, but one not worth holding your breath for. 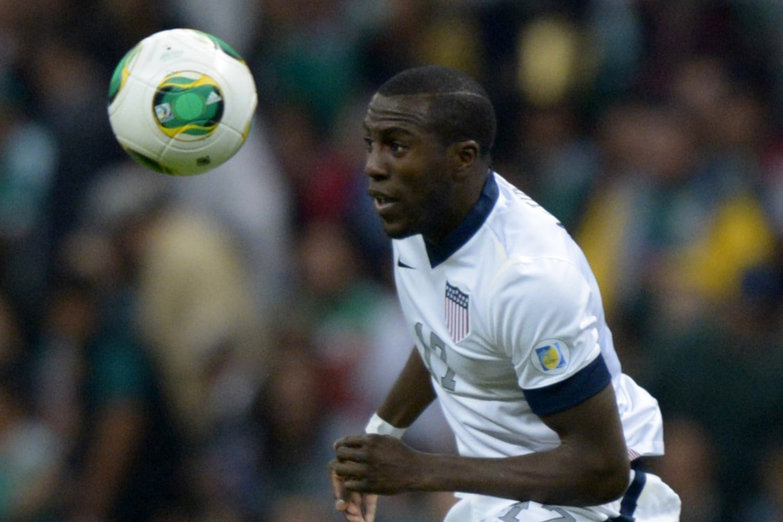 Altidore's transfer to Sunderland is a good one, now he has to make the stay a successful one

The most unfortunate thing for Dempsey is that he was at his best on the left last season, drifting in. He would be asked to do just that in a 4-3-3, but the opportunities are likely to be few and far between unless Lennon or Bale find their way to the training table (admittedly not the rarest of occurrences for Lennon).

Dempsey has never been a central piece at Tottenham. He was not targeted last summer and was signed just because circumstance saw him come available on the cheap just before the transfer deadline. That he didn't play well for long stretches last season didn't help his cause. His value is in his versatility, allowing him to fill any of Spurs' holes. That proved valuable last season, but the club doesn't have as many holes as it did a year ago.

Tottenham are a better team this season. Bale's growth has given them a clear talisman, Lennon is coming off one of his best seasons in years, Paulinho has fortified the midfield and Holtby joined in January to, along with Sigurdsson, give Villas-Boas enviable depth at attacking midfield. As Spurs fill their holes, there are fewer opportunities for Dempsey and this summer, he might find himself out of opportunities altogether.

Dempsey will always have a place at Tottenham because, despite his frustrating play, he still scored 12 goals. If nothing else, even when he has been at his worst, Dempsey has been able to hit the back of the net. His knack for finding the ball in front of goal is remarkable and if Spurs find themselves in search of a goal late in games, Dempsey will get the call. But if Spurs are the team they think they are, they won't have to chase goals late in matches often and Dempsey will be left to wait for the once-a-month occasion that Tottenham are desperate for a late miracle.

All of this means that Tottenham would probably like to sell Dempsey if they can get a decent fee for him. At 30 years old, Dempsey won't have value on the transfer market for much longer. If they can cash in now, they will.

Yorks says Dempsey isn't going anywhere, and maybe that's a good thing. This wouldn't be the first time Dempsey thrived when written off, overlooked and banished to the bench, but is it likely that he does it at Spurs? He doesn't have a clear way forward at the club, so a sale might be best for all parties.

Those parties include the United States, which needs their best player to play regularly a year out from the World Cup.

• US may play friendly vs. Austria