The U.S. won't get the chance to fostering the budding Gonzalez-Besler partnership this month as a result of the big man's injury.

Omar Gonzalez has withdrawn from the United States roster for the upcoming World Cup qualifiers against Jamaica and Panama due to a hip injury. He has been replaced on the team by Michael Orozco, who has made a habit of replacing injured players on U.S. rosters of late. 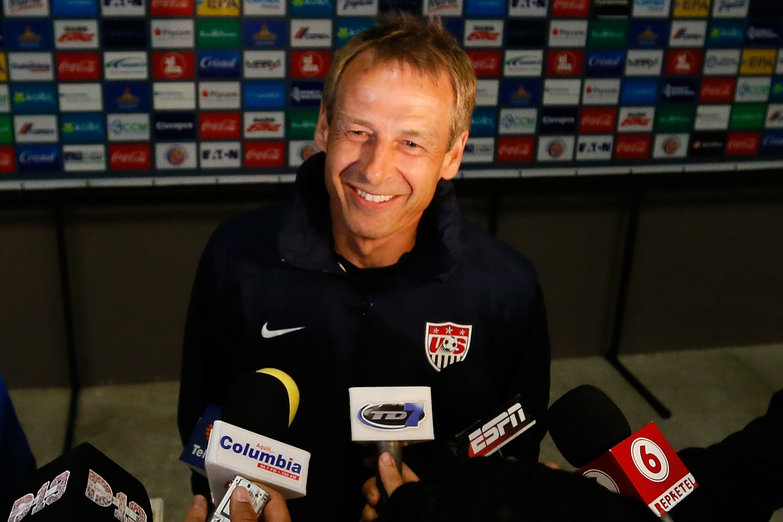 Bradley, Dempsey and F. Johnson are all out with injuries

Gonzalez suffered a left hip strain in the Galaxy's 5-0 win over Chivas USA on Sunday, a match he left at halftime. His absence from the upcoming qualifiers is seemingly insignificant with the U.S. having already qualified for the World Cup, but his withdrawal from the team is a massive missed opportunity for the Americans.

Center defense has been a problem for the U.S. since late 2009 and while it appears as if they may have found an promising partnership in Gonzalez and Matt Besler, the two have not played together very often. It's a young and developing partnership that requires more time to develop, time they will not get this month.

Worse, because both the Galaxy and Sporting KC figure to be in the MLS Cup Playoffs during the November FIFA international date, they won't get to play together then either. That leaves just January camp and a single match in March 2014 for the two to play together before the team convenes next May for pre-World Cup training camp.

With Gonzalez out, Geoff Cameron figures to get the nod next to Besler in central defense. it represents a golden opportunity for Cameron to make a statement in the position he seemed to have a lock on 15 months ago. Since, a move to Stoke City, where he has rarely played centerback, has derailed that, but he's expressed a desire to make his mark at a single position where he can start regularly for the Americans and this is that chance.