Injured Brad Evans out for WCQ's vs. Mexico and Costa Rica

The U.S. lost Brad Evans to injury, which is troublesome with Costa Rica and Mexico on deck.

Share All sharing options for: Injured Brad Evans out for WCQ's vs. Mexico and Costa Rica

Brad Evans is out for the United States' World Cup qualifiers against Costa Rica and Mexico after injuring his calf playing for the Seattle Sounders over the weekend. Jurgen Klinsmann has called up Michael Parkhurst to replace him.

Right back spot in Brazil is Evans' to lose 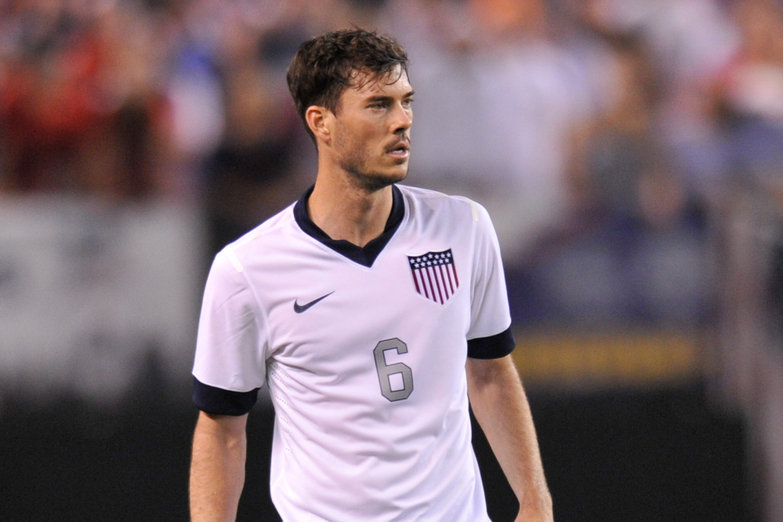 Alexi Lalas says that if the World Cup were to be held today, Evans would be the starter.

Steve Cherundolo was the Americans' right choice at right back, but he succumbed to a series of injuries. That opened the door for Timothy Chandler, but poor form and an apparent lack of interest in playing for the Americans ruled him out. So in the absence of their top two choices, Brad Evans was tapped to be the U.S. right back and, to the surprise of almost everyone, he played superbly, making the position his own.

Klinsmann tabbed Evans to start against Belgium in May and in a match short on good performances, the 28-year-old played well enough to get another chance. He took that chance, playing well against Germany and with that, he earned himself starts in all three June World Cup qualifiers. Those three matches, followed by another strong showing against Bosnia and Herzegovina solidified his spot as the Klinsmann's go-to man at the position.

Unfortunately, Klinsmann's go-to man won't be an option in San Jose, Costa Rica or Columbus, Ohio. That's troubling because Joel Campbell has played well on the left for the Ticos this cycle, while Mexico's Andres Guardado or Angel Reyna will be a handful for the Americans as well. All three have great pace and, while enigmatic, are tremendous dangerous, making right back a point of focus for the U.S. even at full strength.

With the challenge Costa Rica and Mexico will present at right back for the U.S. Evans would be ideal, but that's not exactly an option so Geoff Cameron or Parkhurst is up next.

Jozy Altidore's status for the upcoming WCQ's is in doubt.

Cameron has spent the last two weeks at right back for Stoke City, which qualifies as stability for the utility man who, like Evans, is shuffled all around the field at his club. He's put in fine enough performances, but pace can be a problem for him and Campbell, Guardado and Reyna have that in spades so maybe Parkhurst in the answer?

The problem is Parkhurst still can't get a look at Augsburg, where his club career has stalled. It was only a year ago that he was the Americans' best player in a World Cup qualifier at Jamaica, but he was playing regularly then, having not yet transferred from Nordsjaelland.

• AO to pack KC, but some left out

• Mix had a cat problem. He handled it.