Will Columbus prove to be home sweet home for the U.S. once again?

It would take a monumental collapse for the United States not to qualify for the World Cup, but they still want to book their spot in Brazil as early as possible, and they want to continue a now-12-year tradition of Dos a Cero in Columbus, Ohio. Can they do it, and send Mexico into further disarray?

How the U.S. can qualify on Tuesday 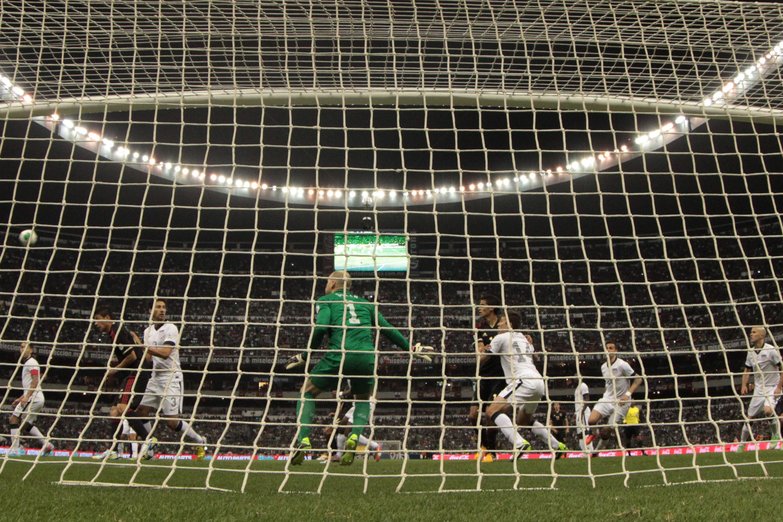 It only takes two results for the U.S. to book their ticket to the 2014 World Cup

Ryan: Mexico has been prone to meltdowns in Columbus and if Chepo was still in charge, you could bet on this El Tri side doing it, but even in his absence, there is an air of chaos about El Tri and the FMF. If the U.S. can find a goal, the meltdown will come and they will add another. Fireworks will go off, Dos a Cero will live and (with some help from Honduras), the U.S. will be World Cup-bound.

Kevin: If Chepo was still Mexico manager, I'd predict a hilarious beating, despite all of our injuries and suspensions. With Tena in charge, things will be a lot more interesting. But it's still Columbus and they're still Mexico. 1-0, USA.

Phillip: I've never heard of this "Mexico". Is it a real place or is it one of those mythological lands like Narnia, Westeros, Tatooine, or Mordor? I'm going to quit trying to figure that one out. I see big things in this match. It's being played in the North American capital of Columbus, Ohio. The setting is fantastic. USA has a saying about "Dos A Cero". I think it's more like we see "Uno A Cero" or "Dos A Uno" tonight. Which team will win? AMERICA!

Zach: Oh the drama! US downed by Costa Rica, Mexico loses to Honduras and Chepo is fired! Now these two rivals meet in O-H-I-O in a game that has suddenly gone from important to damn near Illiad-eqsue epic levels. Can the US overcome injuries and suspensions? Will Mexico get a new coach bump and save their qualification campaign? Can the USA step up slowly drive the dagger of inevitability deeper into Mexico's soccer heart as they lean over them and say, "Give up, you don't stand a chance! Let's end this here! It will be easier for you, much easier. You'll see it will be over quickly." Probably not. I'm going with the new coach bump and newly inspired Mexico side pulling off a 2-1 win.

• How the USA can qualify for Brazil vs. Mexico

• Jozy cleared for workouts, should play in WCQ’s