Jurgen Klinsmann intends to play his best team possible against Jamaica, although Panama may be a different story.

The United States has qualified for the 2014 World Cup with two matches to spare and despite speculation that Jurgen Klinsmann would call in an inexperienced and experimental squad for the Americans' final two qualifiers, he says that will not be the case. The U.S. manager has said that the they are going to "bring in the best players" for their qualifiers against Jamaica and Panama on October 11 and 15 because "we owe it to the fans." 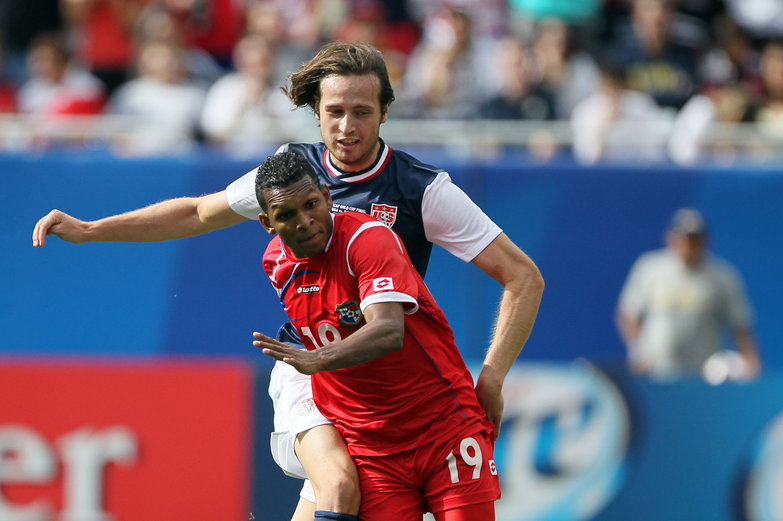 "Definitely for our last two qualifiers against Jamaica and Panama, our approach is six points," Klinsmann said. "We want to win these two games badly, and we are going to bring in the best players. We are going to bring in everyone that is available and finish this qualifying campaign on the highest note possible."

The matches could also be used as a chance to cap-tie some players, most notable John Anthony Brooks. Because they are qualifiers, anyone who plays in each match will not be allowed to play for any country other than the U.S. ever again. With a 20-year-old dual-national like Brooks who has been excellent for Hertha Berlin in the early part of the season, locking him into the U.S. team and taking away the Germany option would be a big boost.

In addition to cap-tying players and, generally, the desire to win every match possible for the sake of a winning culture, wins over Jamaica and Panama could help the Americans' slim chances at a World Cup seed. It's tough to imagine them moving into the top seven of the FIFA rankings (or top eight, if Brazil also move into the top eight), but it is not impossible. FIFA also hasn't confirmed that they will use their rankings to seed teams for the World Cup either -- in typical FIFA fashion, their method won't be determined until just before the draw -- so if they decide to add another variable into the seeding process, it's possible that moving from No. 13 to No. 10 or so might be enough to earn the Americans a spot in Pot 1 for the draw.

And then there are the fans. Klinsmann believes that the fans deserve to see the best U.S. team possible, or at least that's what he says. Whether that is really a motivator for Klinsmann or just a good sound bite -- and it is a very good sound bite -- is irrelevant because the fans who show up in Kansas City to see the U.S. take on Jamaica on October 11 are going to see the first choice American team.

"We owe that to the fans," the U.S. manager explain. "Kansas City is sold out. Our fans are coming from so many different places in the United States – in Columbus, fans came from 48 states - so we owe them a real good game. Therefore, everybody that is fit and healthy and belongs in that group will be there."

The focus of Klinsmann's comments are on the match in Kansas City and not in Panama City, which could hint at a very different team taking on the Canaleros than the one that faces the Reggae Boyz. Without fans to appease, Klinsmann may feel less obligated to play his best team against Panama, and frankly, it would be wise not to.

Any suspensions incurred against Panama, be they red cards or yellow cards that hit the accumulation threshold for suspension carry over to the World Cup and will see that player out for the Americans' first match in Brazil. That isn't worth risking, and there isn't going to be a stadium full of Americans that are owed the best U.S. team possible for that contest either. That a U.S. loss to Panama hurts Mexico's chances of making the World Cup will probably easy the pain of any American fans too.

• U.S. to play friendly at Scotland

• Complete coverage of Dos a Cero 4.0