Cameron Carter-Vickers is an American to be thankful for this Thanksgiving! 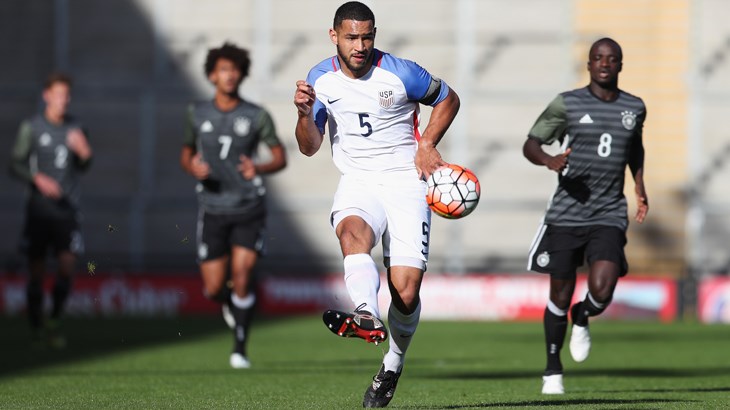 CCV in action captaining the U-20's against Germany in Four Nations Tournament hosted by England.

After the dismissal of Head Coach and Technical Director Jurgen Klinsmann and the appointment of Bruce Arena, questionable statements from Arena leave the state of the USSF youth development up in the air. Understandably, the fandom of the USMNT is concerned that the European pipeline, which has been robustly developed under Klinsmann's watch, is somewhat in jeopardy.

It's true the USMNT is now thrust into further transition and that some might say it is in a state of turmoil. But, one fact that will not change is Cameron Carter-Vickers commitment to the USMNT.

Cameron Carter-Vickers, or more affectionately known to the Stars and Stripes readership as CCV, is one of the next generation's brightest stars. Apart from Julien Green and Christian Pulisic, CCV is the latest teenage call up from overseas to the senior side.

CCV has yet to make his first full team debut in the English top flight, but has already made two apperances in the League Cup against Gillingham and Liverpool. He has already proven quality to Hotspurs' Gaffer Mauricio Pochettino "He's a beast!" on the young center back.

"He's like a wall," and after playing against the likes of Atletico Madrid and Juventus in pre-season, facing up the likes of Fernando Torres, Icardi, Dybala and Jovetic "he showed real qualities." 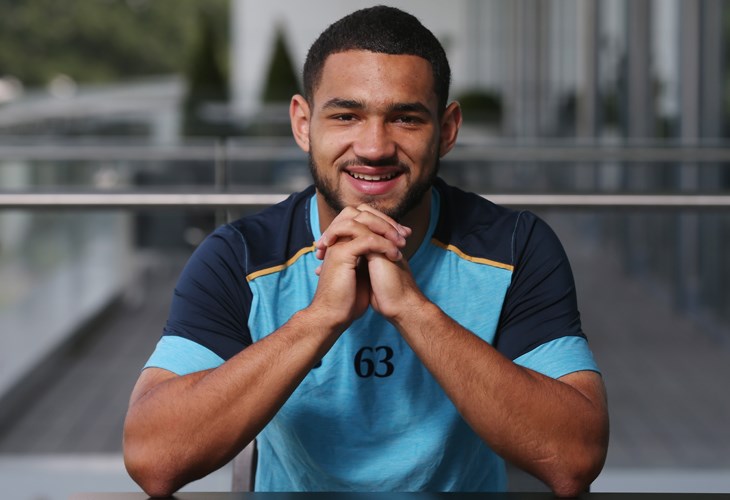 Still only 18 and with the option to still play with England (or possibly France, not many know that his Father also possess French citizenship), football and life are moving quickly for Carter-Vickers, it is understandable that the whole of the USMNT's supporters are holding their breath until the collective sigh once CCV finally wins his first senior cap in a meaningful match that will not only cement his future, but also cement the USMNT's back line for what will hopefully be many healthy and productive years to come.

Until CCV's senior side debut hopefully these reasons will help us all rest easier:

ONE: CCV has been a regular in the US youth national team set up since age 16, even appearing for Tab Ramos' U-23 team during Olympic Qualifiers. He even started an away friendly against Brazil's U-23 side. CCV also appeared in the 2015 U-20 World Cup in New Zealand with a Quarter-Final loss to Serbia (More on that later). Most recently he served as Captain of the U-20's in a four nations invitational tournament hosted by England along with Germany and the Netherlands participating.

TWO: The second reason and one of the most compelling is that during all the tumultuous change and the firing of not only Klinsmann, his most trusted number two Andreas Herzog also was sacked; however United States legend, Tab Ramos, was not shown the door. Tab is the head coach of the youth program and is now a critical lynch pin to those that were fostered and bought in under Klinsmann's lead. It will be ever more incumbent on Tab to ensure those ties are not lost. Given CCV is Ramos' skipper it is highly unlikely that this changes.

THREE: UNFINISHED business!!! As alluded to in number one, CCV was not only a member of the 2015 U-20 World Cup side that lost to Serbia, he was a critical piece of the puzzle. The match ended in a 0-0 draw and the US lost in penalties 6-5. However, few people realized the US U-20 team made it to the Quarter-Finals in New Zealand, and even fewer people realize CCV missed when given his opportunity, the eighth shooter of nine. This missed opportunity will only strengthen his resolve to make amends come May 2017 in the U-20 World Cup hosted in Korea. Few players get a second opportunity at this age level and even fewer squads get this type of leadership from a truly rising star. It is safe to say that he will be wearing the captain's armband during next springs event.

FOUR: A lot of things are out of CCV's hands when it comes to his future with the USMNT, but no one can question his heart or resolve to represent the United States of America. The Tottenham Hotspurs home page quotes him on his most recent call into the international senior side "Jurgen called me to let me know that I was going to be in the squad - I was over the moon!" And, if you wanted to know his thoughts on Mexico... "Of course it's a big rivalry between the two countries and I'm really excited to take in the atmosphere and just be around it." He added, "Through the youth ranks, I've never played against Mexico and since I've been with the USA it's something that I've always wanted to do."

FIVE: Lastly and least compelling is England's Depth at Center Back. The direct and indirect competition would come from the likes of John Stones (Man City), Kyle Walker (Tottenham), Nathaniel Clyne (Liverpool), Eric Dier (Tottenham), Aaron Cresswell (Westham), Michael Keane (Burnley), Danny Rose (Tottenham), Alfie Mawson (Swansea), Calum Chambers (Middlesbrough), Jack Stephens (Southampton), Brendan Galloway (Everton; loan to West Bromwich) and others... So not saying that he is not beyond possibly half of this class, but he certainly is not head of the class here. CCV is head and shoulders above most if not every single promising center back in the USMNT system with likely more upside than one young John Anthony Brooks.

Bottom line, if you were feeling at all uneasy that CCV might turn his back on the USA I hope this article gives you all hope on this Thanksgiving Day. I for one am thankful that Cameron Carter-Vickers is "over the moon" about joining THEE USMNT.