USWNT best and worst moments of 2016

In a year when the USWNT was heavily expected to medal, if not win gold, at the Olympics, somehow things went a bit off the rails - but there were plenty of bright spots too.

Share All sharing options for: USWNT best and worst moments of 2016

It was the best of times (omg Jill Ellis is really going to call up that roster?) it was the worst of times (Sweden? Really?). Here’s our best and worst moments for the US women’s national team in 2016.

For me, the best moment of 2016 was the #DogsForChristen meme. We all want to win, of course, and coming home with a trophy is a lot more fun than not. But it’s only in defeat that we really get the chance to discover our best selves. Do we yell at each other, point fingers and cast blame? Or do we hold out a hand and lift each other up? #DogsForChristen was a wonderful example of the latter response. It wasn’t earth-shakingly important, but that’s precisely what made it so great. The world is full of problems far beyond the scale of a soccer match, and we all have our own burdens to bear. But none of us is strong enough to handle it all alone. And if sports are good for anything, it’s because they help remind us that we all can play a part, even a very small one, in helping each other through the tough times. And that our burdens grow just a little lighter when we can share them with someone else. 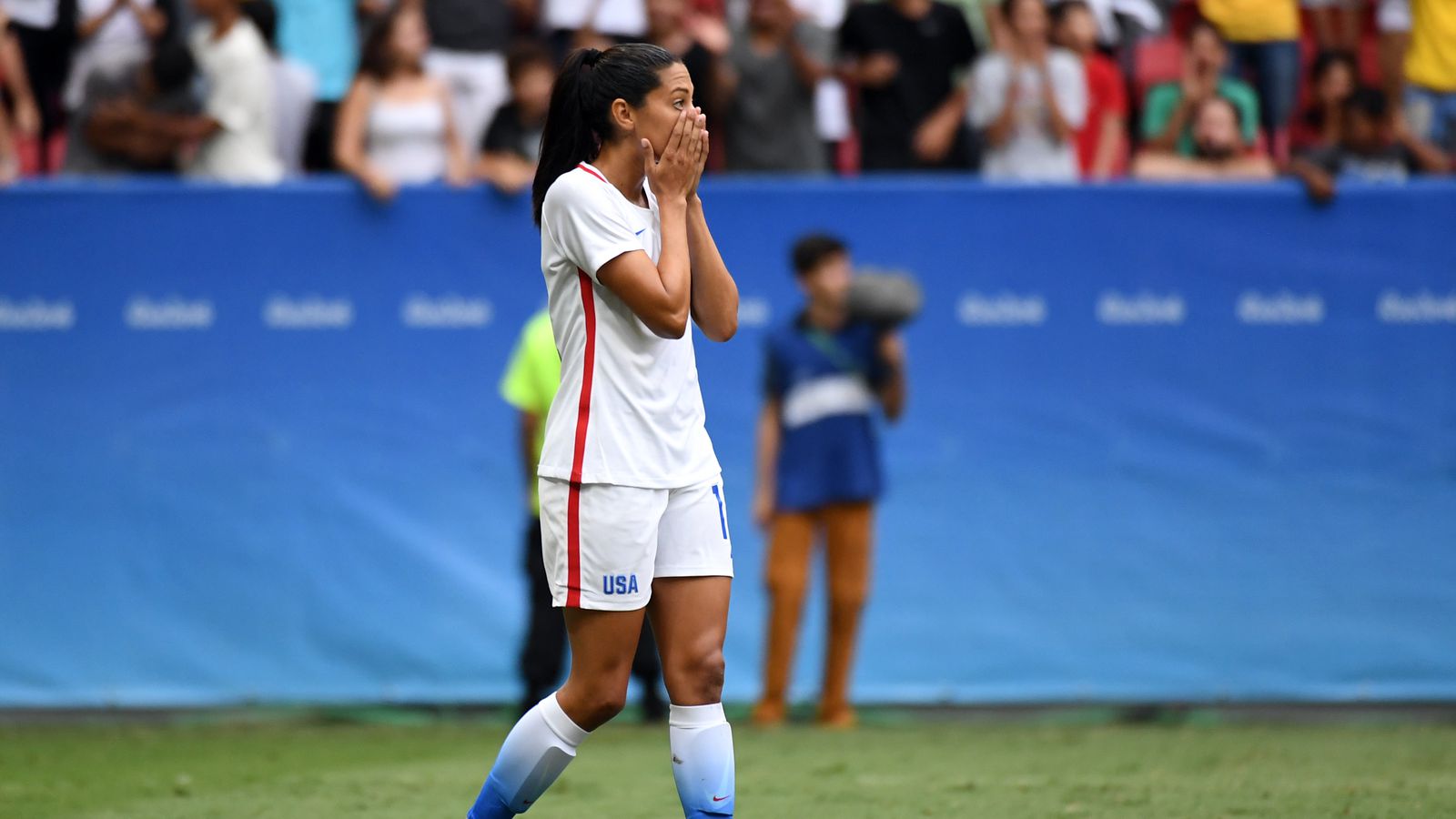 #DogsForChristen is everything good about sports fandom

Sports fandom is often cruel, but it doesn’t have to be that way.

The worst moment for the USWNT in 2016 didn’t actually even occur in 2016. It was the moment last summer when Lauren Holiday decided to hang up her boots and retire from soccer - a decision whose ramifications played out over the course of 2016. On a squad as stocked as US Women’s National Team, few players are truly irreplaceable, but Holiday comes close. She was the engine that kept everything ticking, the stable presence in the midfield who could direct play, hold possession, and (most importantly) create from the middle out. Without that dynamic midfield presence, the US pursued a wing-driven attack strategy, which was often enough to bulldoze through weaker competition but foundered against top opponents. None of this is to suggest that simply dropping Holiday into the Olympic quarterfinal would that have ensured a victory. The point is just that even the most talented squad in the world needs to be successfully organized to unlock its potential. Holiday was one such key, and since her departure the US has struggled to build a system that works nearly as well.

Like with the men, I look for hope when contemplating an in-transition Women's team that went from a dominant World Cup-winning performance to a shock Olympics ousting (hold that thought) in the space of a year. And like with the men, I delight in the on-field play of an 18-year-old winger who has emerged as a key player not just for the future, but for right now. A prolific-on-Twitter USWNT fan has given Pugh the nickname "Mockingjay," and it's awesome. Like Katniss, Pugh's an archer not afraid to try her target at distance, and yet her July goal in a qualifier against Costa Rica highlighted her ability to create on the run—this I-got-it goal could have just as easily have been an emphatic cross to a waiting Press, Dunn or Lloyd. While there are question marks moving forward for the defending champs, Pugh is a delightful exclamation point.

So, Sweden has some talent, and Pia Sundhage has enough history with and knowledge of the team to make for an additional challenge. But for the USWNT to exit a tournament—any tournament—in the quarterfinals is less than we expect from them, and that it went down to penalty kicks against a team a talent rung or two below it makes it all the more painful. And Hope Solo, normally the keeper you'd want in that situation, had one of the most bizarre sequences of her career, saving one kick brilliantly, looking like she was doing the Mannequin Challenge months before we knew what that was on others, and before the last kick, changing out her gloves in a move that seemed more desperate and petty than Machiavellian. And it would turn out to be her last on-field action wearing the U.S. crest, as her post-game comments plunged her further into a not-quite-sure-how-to-feel-about-this ignominy.

Best moment: Jill Ellis throws caution to the wind and finally combs through NWSL and college rosters for a WNT camp

When the first real post-Olympic roster dropped, the resounding reaction across social media seemed to be “Really?” followed by a lot of exclamation points, and then “FINALLY.” For years now, fans have been wondering when a coach - not just Jill Ellis, but any WNT coach - would really be able to cycle the roster. Tom Sermanni tried it and it got him fired in 2014. But it seems with the World Cup and the Olympics past and two years without a significant women’s tournament ahead, Ellis now has the green light to actually capitalize on the promise of a national pro women’s league, as well as the NCAA system. That gave rise to a roster with the likes of Arin Gilliland, Casey Short, Danielle Colaprico, Andi Sullivan, Ashley Hatch, and Lynn Williams on it. Not all of them got playing time, but their presence in camp is a good start. Hopefully CBA negotiations between USSF and the WNT go well enough to allow the She Believes mini-tournament to go ahead in early 2017, providing a bigger stage and harder test for players who will undoubtedly be called upon to rise for the 2019 World Cup in France.

Okay, okay, that’s really unfair to Sweden, which certainly has a raft of high-caliber talent and a coach who was familiar with the United States’ playbook. But it wasn’t just that Sweden went into that Olympic game with a plan and executed it well - it was that the United States was utterly unprepared for it despite having plenty of opportunity to scout Sweden. There was no adaptation, no ability to penetrate the Swedish defense, compounded by some funky roster decisions. It was almost like a puzzled animal looking into a mirror and continuing to bat at the reflection for 90 minutes, not understanding that they would never be able to fight the animal on the other side.

What are your best and worst moments of the year? Let us know in the comments.