New US Soccer Crest Is Fresh To Death

In with the new, out with the really crappy old.

Share All sharing options for: New US Soccer Crest Is Fresh To Death

Any time a team goes through a rebranding process it will cause relatively equal levels of freak-out and "THIS IS AWESOME" within a fanbase. Undoubtedly there will be a certain percentage of fans that will hate whatever is presented with the fire of a thousand suns; it's just as certain that a similar percentage will think it is the greatest thing that has ever happened (hi!).

The United States Soccer Federation (USSF) unveiled its new crest design Monday, which is the crest that had been making the rounds online for the last few months, which is almost always the case with these soccer-related jersey/crest design leaks, which is almost certainly a deliberate ploy on the part of the team/apparel conglomerate to bring out the insane asylum patient within all of us.

The new crest is sharp, simple, classy, and- its most important quality - looks nothing like the disaster of a second grade Photoshop session that comprised the last one.

Good riddance. (You will always have a special place in my heart!)

Let's take a look at a few reasons the new crest is, without question, one million times better:

This is the most obvious, and most discussed, shortcoming of the old crest. It really is embarrassing, but also strangely endearing: like when grandpa would come out in his undies and long black socks and try to make toast in the dishwasher.

The three stars have been removed

Here's the thing about stars on soccer crests: they are supposed to represent a gigantic achievement; usually being reserved for winning the World Cup. Certainly the idea behind these stars on the US crest was to represent the stars on the US flag, but it was a really bad idea. One that only added to the chorus of soccer snobs who believed the Yanks didn't know diddly about football. Coincidentally, the old crest currently works for the US Women's National Team after their third World Cup win last summer. (Their version of the new crest is adorned with three stars, see below.) 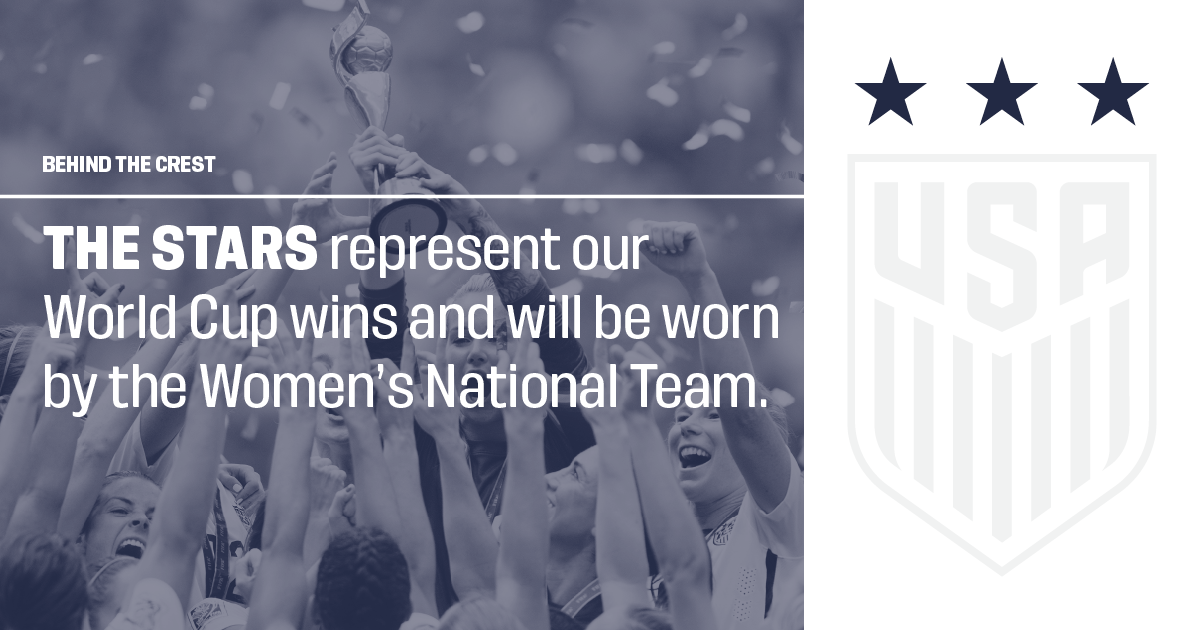 As for the men's side, let's just say having stars on or around your crest without any significant championships is worse than your crazy uncle's political opinions. It's like wearing a Members Only jacket when you aren't a member of jack squat. It's like Donald Trump being an actual presidential candidate. It's like when your mom would buy Hydrox cookies and try to pass them off as Oreos.

It really is. The thirteen red and white stripes; using USA instead of US because no one chants "US US US"; how it sort of looks like a pointy bullet because this is America, dammit. What else could we ask for? It's clean, stout, powerful, and can run forever - wait, that's Michael Bradley. Anyway, you get the point. The USSF and whatever design firm they employed should be commended for not completely botching this.

The only thing that could really screw it up is if they design some god-awful jersey as the first home for the new crest...