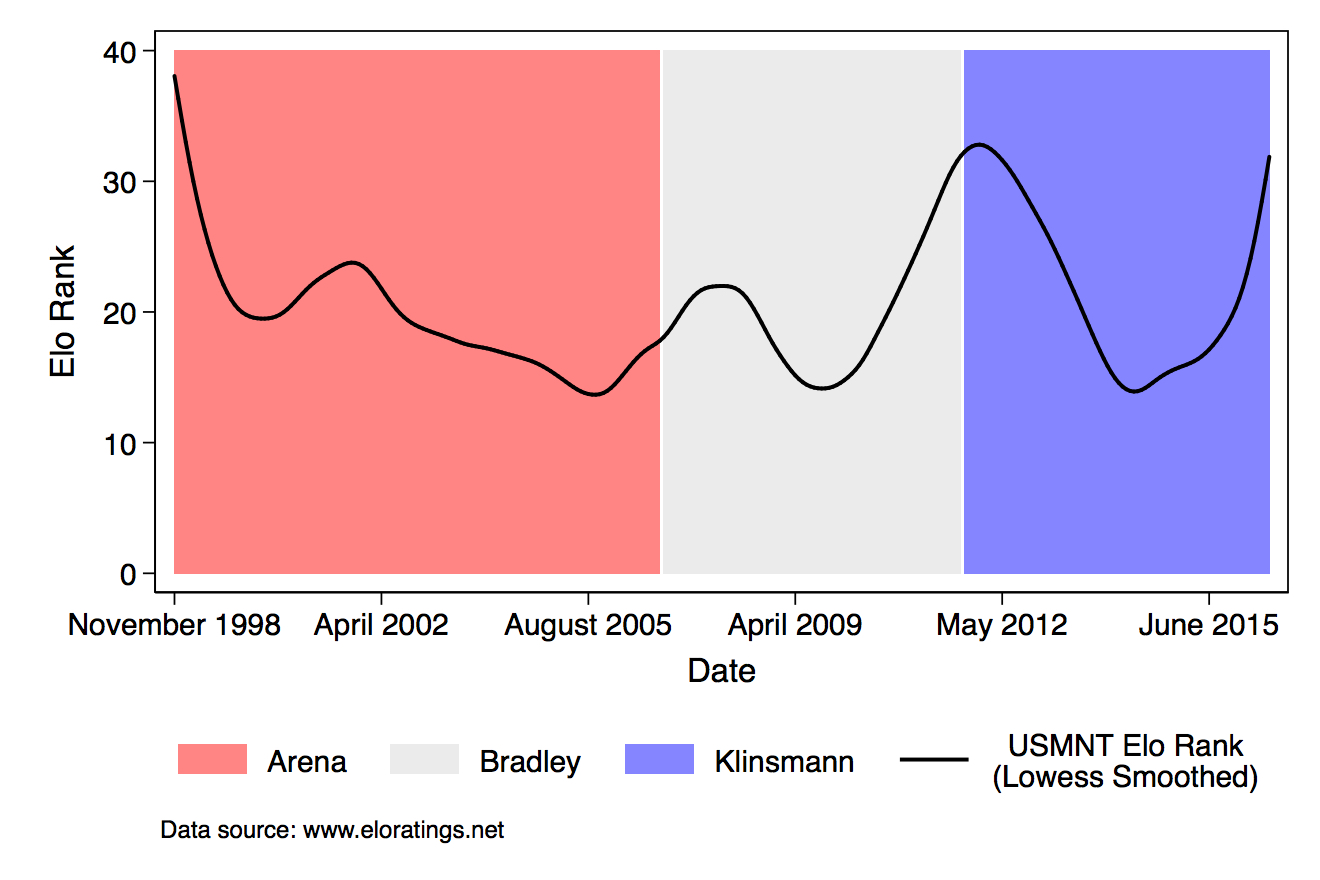 As Landon Donovan has pointed out, last night's disappointing loss to Guatemala was just one game.

Still, it can be difficult to take comfort in that line of reasoning when we look at the bigger picture.

As measured by their Elo ranking, the USMNT have gotten progressively worse since the conclusion of the 2014 World Cup, a period that includes impressive friendly victories against European powers, but also a string of troubling results in competitive matches against CONCACAF opponents.

With last night’s defeat to Guatemala, a team that had not beaten the Yanks since 1988, the MNT’s Elo rank has passed the mark set in September of 2011, shortly after Klinsmann took the reins from Bob Bradley in the wake of the former manager’s disastrous performance at that year’s Gold Cup.

The graph above provides visual evidence of this trend. Since last year's Gold Cup Klinsmann's squad has experienced a string of negative results against opponents that the US has traditionally been expected to defeat, and this is reflected in the rapid change in the team's Elo rankings.

Love Klinsmann or hate him, he appears to have this team moving in the wrong direction, and the manager's resistance to self-criticism does not inspire confidence in the likelihood that the trend will soon be reversed.

Should Jurgen Klinsmann lose his job?