"What did you do this summer, kids?"

That's the question schoolteachers ask their students when they gather back together in the fall. The kids have had months of time free from school.

Similarly, it’s been over three and a half years since the USMNT failed to qualify for the 2018 FIFA World Cup in Russia. Beginning with the November 2017 friendly in Portugal, the team has had the opportunity to explore the talent available to them, before finally moving into World Cup qualifying once more in September 2021. 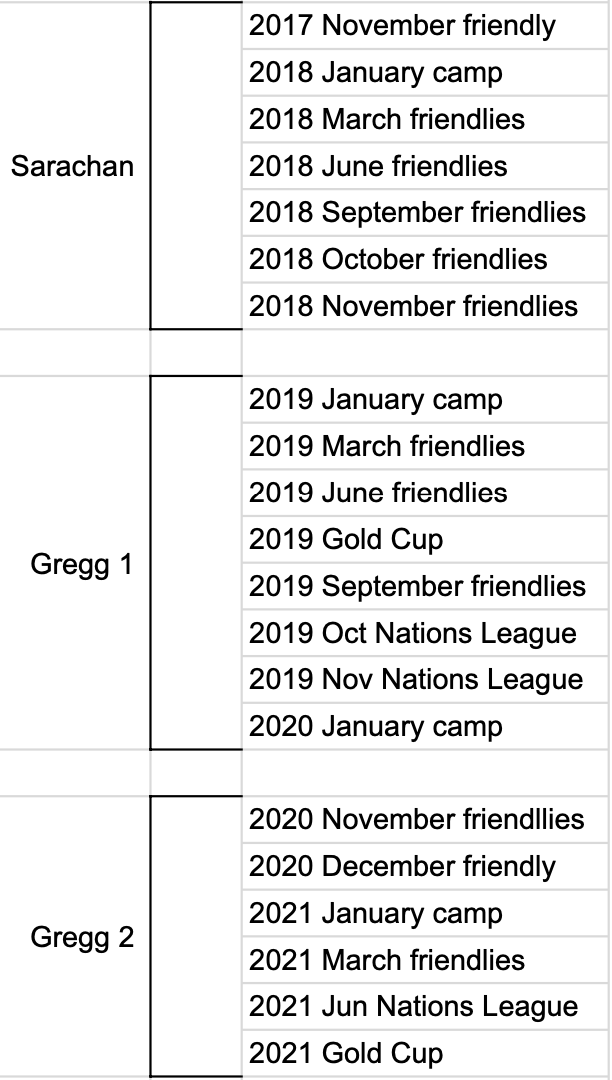 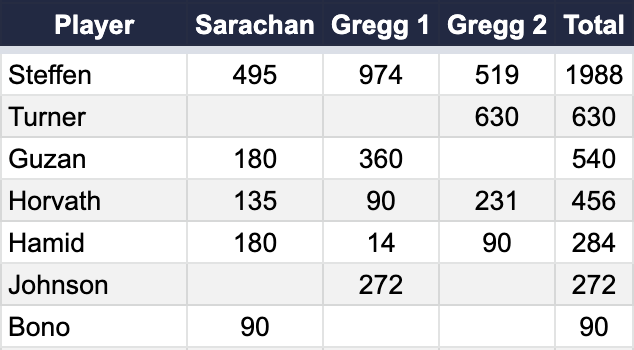 Dave Sarachan handed Zack Steffen the #1 spot, and Gregg Berhalter has followed suit. It’s good that Zack has gotten so many minutes, what isn’t as good is that Matt Turner and Ethan Horvath have so few. 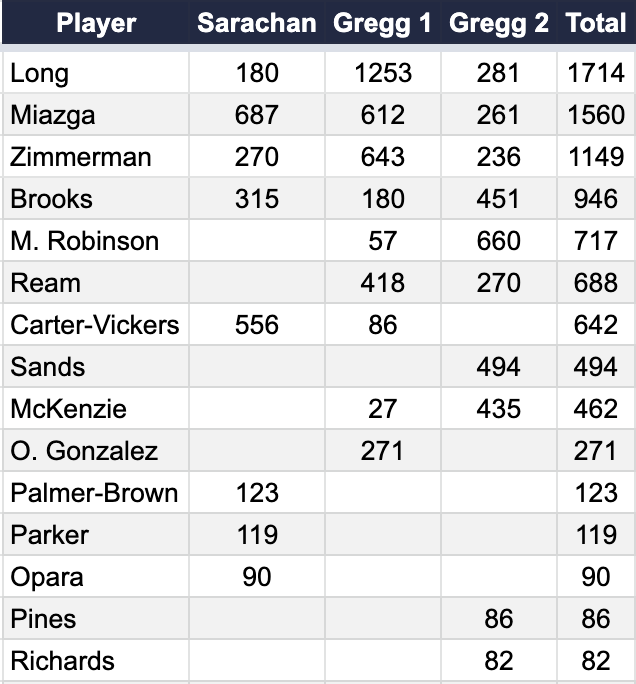 Aaron Long, Matt Miazga, and Walker Zimmerman have dominated the minutes both under Sarachan and Berhalter. We've seen Miles Robinson and Mark McKenzie get opportunities recently under Gregg. Chris Richards still has just 82 minutes with the national team, with Cameron Carter-Vickers and Erik Palmer-Brown both seemingly exiled from the national team under Berhalter, after both got opportunities under Sarachan and played well. 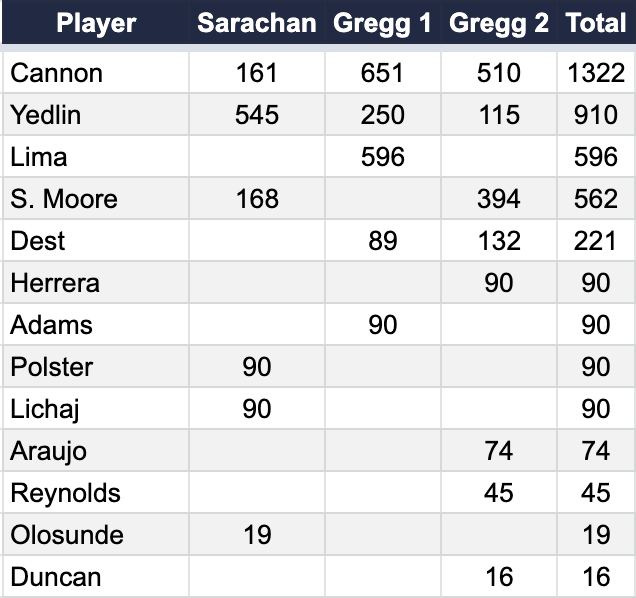 DeAndre Yedlin held the starting job under Sarachan, but Nick Lima was Berhalter's preferred starter until Reggie Cannon took his job at the 2019 Gold Cup, and hasn't looked back. Sergiño Dest still has less than 2 1/2 full games at RB, Shaq Moore returned to the national team after a long, probably undeserved hiatus and impressed at the 2021 Gold Cup, and Bryan Reynolds has been given his debut in the 2021 March friendlies. 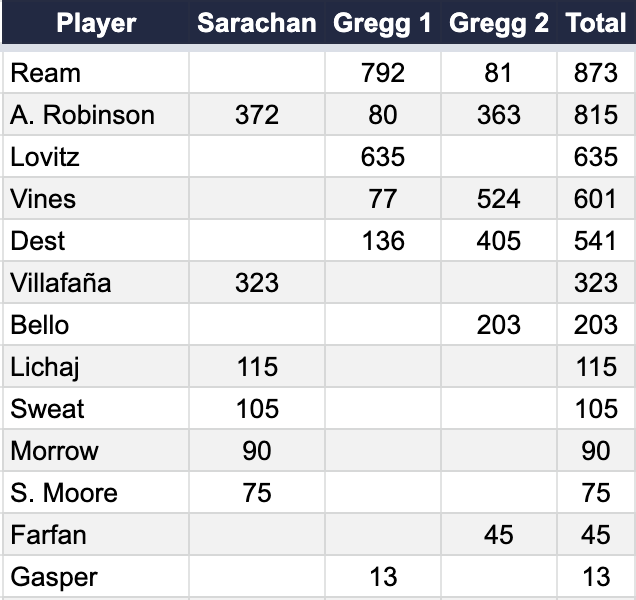 Left back is one of the most disappointing positions when it comes to experimentation. The fact that Tim Ream (a natural centerback) leads this list is not encouraging. Sarachan nearly gave Antonee Robinson, the pool's best LB, more minutes than Berhalter did in half the amount of time. Meanwhile, Dest has played more than twice as much on the left than on the right (RB is his preferred position). The downside of spending so much time with Ream and Dest at LB is that there's been basically no other speculative minutes given, except to Sam Vines.

There have been a lot of different names tried in the midfield, with Weston McKennie leading the way along with Acosta, Lletget, and Roldan. There have been nearly 3,000 minutes spent between "deep-lying playmakers" Michael Bradley, Wil Trapp, and Jackson Yueill, none of which appear to have claimed a spot for World Cup qualifying. Julian Green has not played a minute under Berhalter after impressing for Sarachan, and Holmes has been exiled from the team after looking better than some of his counterparts in limited action. Berhalter has recently turned to more defensive-minded 6's in Tyler Adams and Kellyn Acosta after spending so much time on Bradley, Trapp, and Yueill, but still has yet to play James Sands at his natural defensive midfield spot, and Gio Reyna has only featured on the wing. 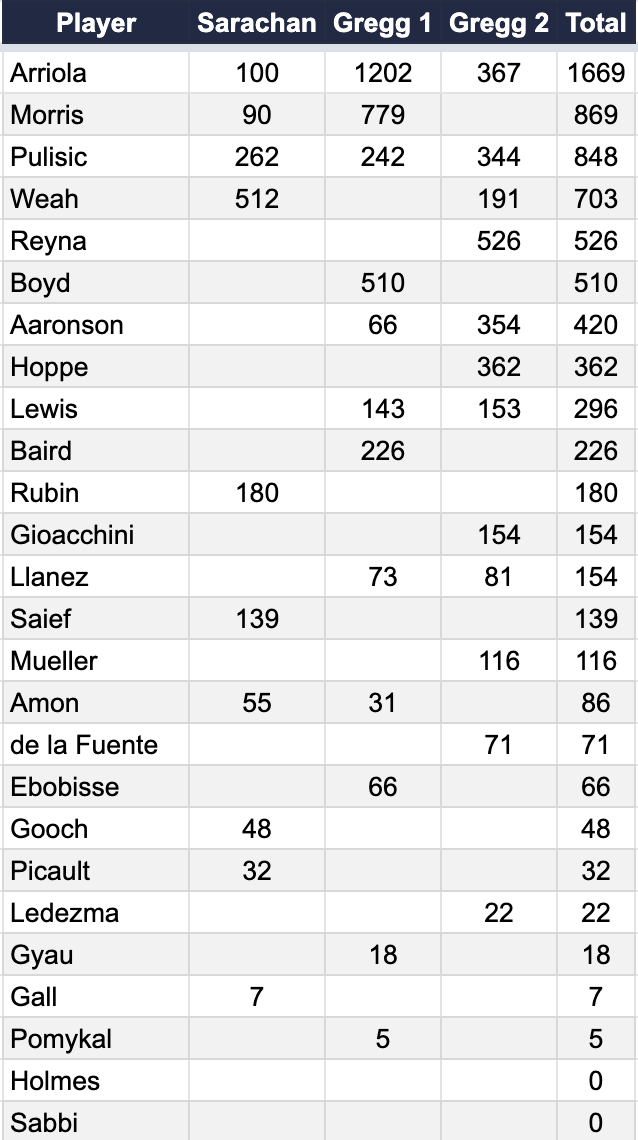 Oof. This might be the biggest miss of all. Paul Arriola has eaten up nearly twice as minutes as the next closest player, while offering precious little offensively. On the flip side, Duane Holmes and Emmanuel Sabbi haven't even been tried on the wing (two players who might be more creative and dangerous than Arriola). 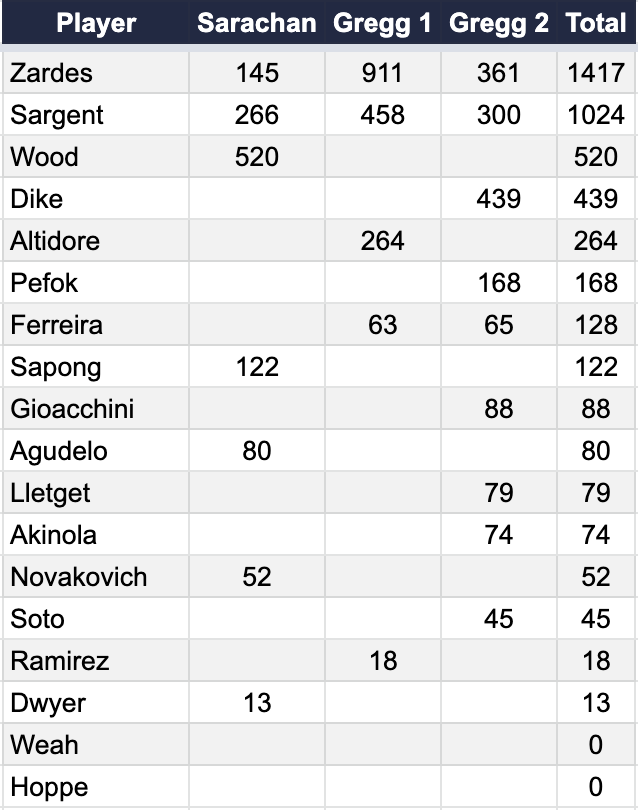 Striker is another discouraging one to look at. Even if Gyasi Zardes was our best striker or our best option in World Cup qualifying this fall, these minutes could easily have been given to Josh Sargent and other up-and-coming youngsters. The fact that Tim Weah hasn't played at all up top is especially frustrating.

What do you think? How did we spend our time off?