JP Dellacamera and Cobi Jones will be on the call for Fox Soccer.

The United States will wrap up the Gold Cup group stage tonight when they take on Costa Rica. With two wins, and dominant ones at that, already under their belts, the U.S. has already booked their spot in the quarterfinals, but Jurgen Klinsmann has said that he thinks his team can send a message against the Ticos so he will field his best team. 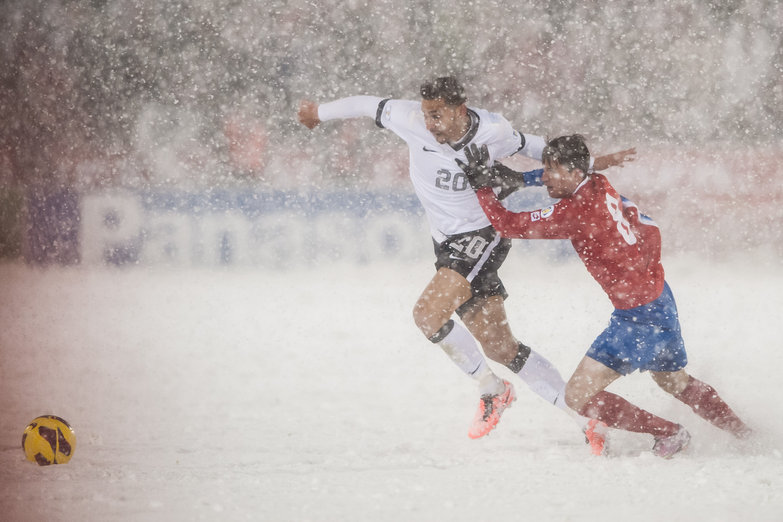 Will the U.S. be up to the challenge Costa Rica will give them?

Belize and Cuba didn't tell us much about the U.S. Chris Wondolowski may hope that excellent performances against the minnows count for something, but they don't. It's a job well done and nothing more. But a win over Costa Rica, and an impressive one to boot, that would be worthy of praise.

A win or draw will earn the Americans a first place finish in Group C and a quarterfinal match-up against Martinique (unless Cuba or Belize pull a shocker), while a loss will see the Ticos win the group and the U.S. play Honduras in the quarters. Whether that matters to you depends on how highly you think of Honduras, who have been less than impressive in the tournament thus far.

Fox has the rights to the entire Gold Cup and after having their last match broadcast on big Fox, this match is back on Fox Soccer, which showed the Americans' tournament opener. JP Dellacamera will have the play-by-play call for the match and Cobi Jones will join him in the booth.

The first match of the double-header features the Belize and Cuba, both of whom need to win by four goals to advance to the knockout stages. As soon that match is over, Fox Soccer will pivot to a pre-game show, which should be good for 30 minutes of U.S. talk before the Americans kick off in Hartford.

• It my be time for Dempsey to leave Spurs