The Gold Cup final calls for the best of beers.

Share All sharing options for: USA vs. Panama, 2013 Gold Cup final: Beer of the Day

The Gold Cup Final. The Grand Finale. The Big Enchilada. OK... maybe not that last one... Mexico is out after all. (sad face) 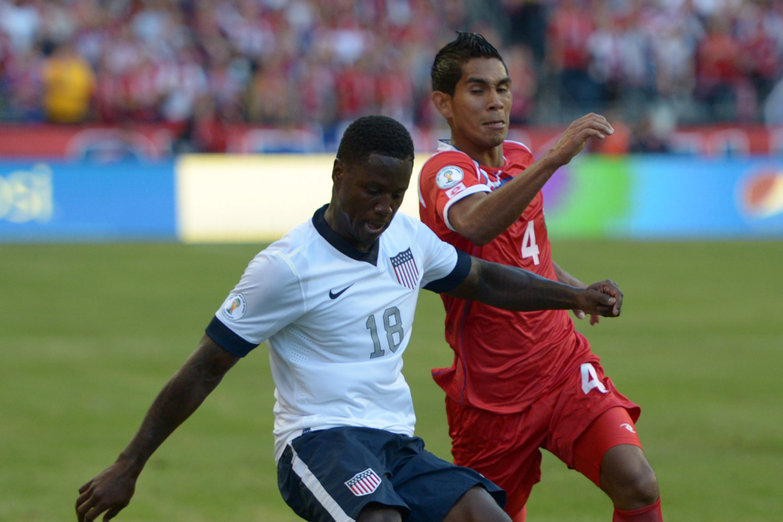 Who will be crowned the champion of CONCACAF?

The United States men's national team finds itself at the cusp of its fifth CONCACAF Gold Cup Final with only high-flying Panama standing in the way. Today's game will decide whether the consistent U.S. attack (partnered with a sometimes shaky backline) can breakdown the stiff defense of Los Canaleros and successfully hold off their offense led by FC Dallas' Blas Perez.

It comes down to this... as well as the U.S. is playing right now its success will be defined by whether or not they take this trophy home this afternoon. Win and the praise and accolades will continue to roll in and our World Cup qualifying confidence is buoyed heading back into the qualifiers. Lose and we tumble back into the darkness of the post-Honduras loss navel gazing.

Even though the USMNT is without Jurgen Klinsmann on the sidelines (and he SHOULD be with the American Outlaws on the endline!) this U.S. side knows the game plan and exactly what's expected of them.

We've got a little Gold Cup Final special for beer recommendations today. A trio of brews for you to hunt down if you're in Chicago or ever visiting... each with a soccer twist.

(Side Note: The brewery/restaurant chain Rock Bottom used to make a "Chicago" Golden Ale... how perfect of a beer rec would be!??!)

* Meet Finch's Beer Company's "Facist Pig" Red Ale - So maybe calling the CONCACAF disciplinary committee "facist" is a bit over the top, but it shouldn't take away from the fact that their decision to suspend Klinsmann for the final wasn't deeply flawed.

Celebrate the USMNT win over stupidity and Panama (note... two separate things) with this canned craft beer. If you can't find the "pig" try their IPA and/or stout; both highly rated.

* Meet Revolution Brewing Co. "Anti-Hero" IPA - Klinsmann's revolution is finally playing out to great success. Ten wins in a row and the U.S. game play is flowing like...err... wine. The engine for this revolution is not only Das Coach's tactics, but American soccer's anti-hero Landon Donovan. The role of "savior" he never wanted, but none-the-less had thrust upon him. Donovan will, of course, be the difference maker today.

* Meet Half Acre Beer Company "Daisy Cutter" Pale Ale - Jurgen's tactics have traded out the set-piece bombing squad (along with with the quick counter-attack) of the Bob Bradley era for the on-the-floor possession-based defend-and-distribute. If the pitch was full of daisies JK would have this Nats side mow them all down with their passes to get the ball in the back of the net. Will Klinsmann's daisy cutter tactics have the USMNT's Gold Cup hopes coming up roses?

What are you drinking for today's game?

• No manager, no problem: USA has done it before