Jozy Altidore is heading to Sunderland for an American record fee.

Share All sharing options for: Jozy Altidore completes his transfer to Sunderland where a new challenge awaits him

The old record for the most expensive transfer fee ever paid for an American was held by Jozy Altidore. The new record? Yeah, it's also held by Altidore. Sunderland shelled out $13 million for the United States striker to break the record Altidore set when Villarreal bought him for $10 million in 2008.

Altidore confirmed that he was heading to Sunderland last week, but the transfer was pending a medical. On Tuesday, Altidore passed the medical, put pen to paper and took a picture in the red and white stripes of his new club. 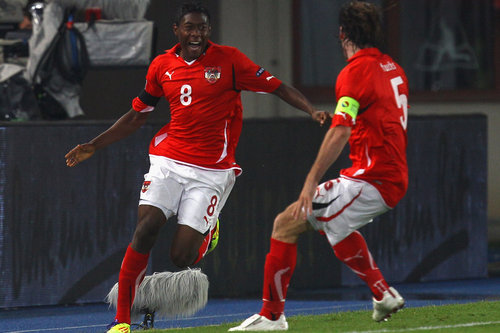 The U.S. could start World Cup preparations vs. Austria in November

It's tough to find a negative in Altidore's move to Sunderland: A player who was invisible for several years turned two good seasons for a middling Eredivisie team into a Premier League move. That is a good bit of business, and now Altidore has found himself at a pretty big club that pays well and has fantastic support, all at just 23 years old. For anyone whose career was put on hold for three years, let alone an American, that's a job well done. This transfer is that for Altidore.

If there is a downside, it is the unpredictability of Paolo Di Canio, but while that is very much a speculative negative. He's a volatile personality, but at least when it comes to management, he hasn't proven himself to be illogical or ridiculous. If Altidore plays well, and if he scores goals, there is little reason to believe that Di Canio will find a reason to bench him.

But Altidore will be charged with doing just that -- playing well. That means not just scoring goals, which he will have to do, but also showing the more well-rounded game that he displayed at AZ Alkmaar. His hold up play, while improved, needs to get better and the runs that he has proven capable of making to get goals have to also expand into runs that can free up space for teammates.

That will all be a requirement of Altidore because Sunderland are not desperate for him or a striker. They have other options, and solid ones at that. Steven Fletcher is already at the club and he's been an extremely consistent performer for years -- a strong bet for double-digit goals each season with good hold up play more than 25 matches. That is what Altidore has to beat out if he wants to be the first choice striker with the Black Cats. They also have Danny Graham and Connor Wickham challenging for playing time up front, so Altidore will definitely have his work cut out for him. 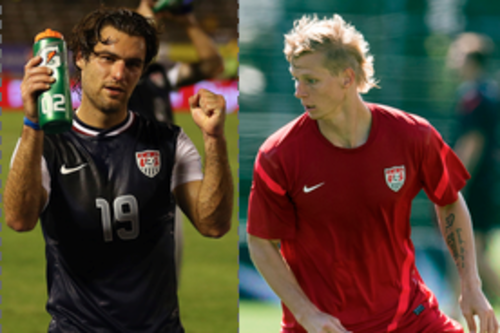 Who is more American?

It is possible that Di Canio abandons the one-striker formations he favored a year ago. He is somewhat of an unknown or work-in-progress as a manager, so it is not clear what his way forward will be, making it possible that Altidore will play alongside Fletcher at the Stadium of Light in a two-striker set. But the reality is that if Altidore is as good as he thinks he is, and as good as the U.S. probably needs him to be, he has to be able to surpass Fletcher on the depth chart.

Fletcher's greatest asset is that he is dependable. Altidore is talented, physical and now pretty skilled with a good mind for the match. If there is anything he isn't, it is dependable. That will be the most important step he has to take at Sunderland. It's the step that will see hm become Sunderland's first choice striker.

If Altidore cannot show the growth necessary, he could very well find himself on the bench at Sunderland. The Black Cats have enough talent that Altidore won't get run outs if he isn't producing, and that's a good thing. He shouldn't -- nor should anyone -- be at a place where they don't have to play well to continue to get minutes. If he does end up on the bench, that wouldn't make his move to Sunderland a bad one: it would really be a failure on Altidore's part for not producing now that he is there.

Altidore is more talented than his competition at Sunderland, but that doesn't necessarily make him better. He is ready to take the next step in his career -- a good step to a solid club in a fantastic league where he can thrive -- and now it is on him to make it a successful one.

• US may play friendly vs. Austria