USA will play pre-World Cup friendly vs. England, according to reports

The U.S. and England appear set to square off in a World Cup tune-up.

Share All sharing options for: USA will play pre-World Cup friendly vs. England, according to reports

The United States will reportedly play England prior to the 2014 World Cup. The planned friendly is contingent on the two teams not being drawn into the same group for Brazil, as all friendlies between qualified teams between now and the World Cup are. Roger Bennett and Oliver Kay both reported that the friendly between the two teams was all but done this morning.

U.S> to play friendly vs. Scotland 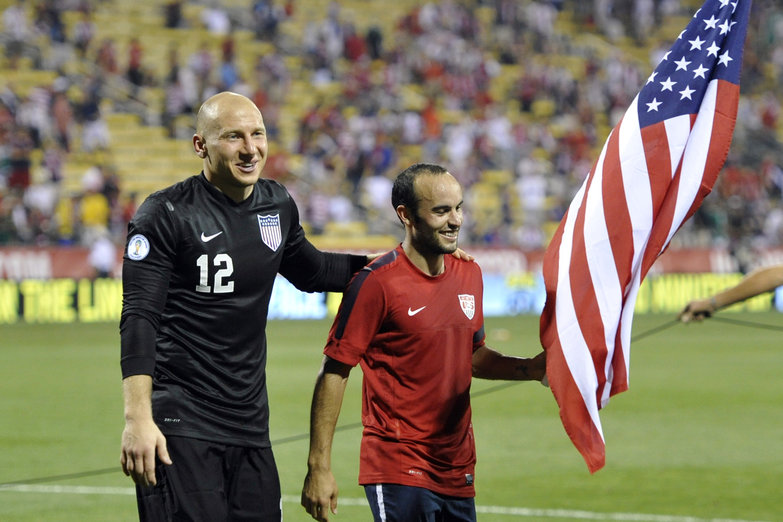 The U.S. has a date with Scotland and the Tartan Army.

European teams are expected to play their fair share of friendlies in the U.S. before the World Cup because it makes for easy travel to Brazil and because of the massive market and stadiums the country offers so it is no surprise that England plans to play a match -- or maybe several matches -- in the States. That they want to play the U.S. is news, though, but again, it makes sense. The Three Lions are not as good as they used to be, and they have not been especially good in a while, but they are still a big draw. A friendly between the U.S. and England is just about guaranteed to sell out any stadium in the country at a very high ticket price so there are millions to be made for both teams.

The last time the U.S. and England played was at the 2010 World Cup, where the two sides settle for a point in a 1-1 draw. England scored first, but a Robert Green error gifted Clint Dempsey and the Americans a goal to set the U.S. on course to win the group. The Three LIons finished second in the group and both teams were knocked out in the round of 16.

Jurgen Klinsmann has made a habit of scheduling many of Europe's top teams for friendlies, but appears to be tailing off a bit heading into the World Cup. Whereas Germany and Belgium made up the Americans' friendly opponents this summer, they will play Scotland and Austria in November, while England has tailed off so much that they barely qualified for the World Cup and will not be seeded in Brazil.

• When Brad Evans turned qualifying for the