Hello, Scotland. Can we have another 5-1 please?

Share All sharing options for: USA vs. Scotland: Lineups and match thread

The United States is ready to take on Scotland at Hampden Park to begin their preparations for the World Cup. It is the Americans' first match after qualifying and will be followed up on Tuesday with a clash at Austria in a pair of very important friendlies. There is only one FIFA match day next year before the end of the European season, making these two contests two-thirds of the Americans' pre-World Cup camp preparation. 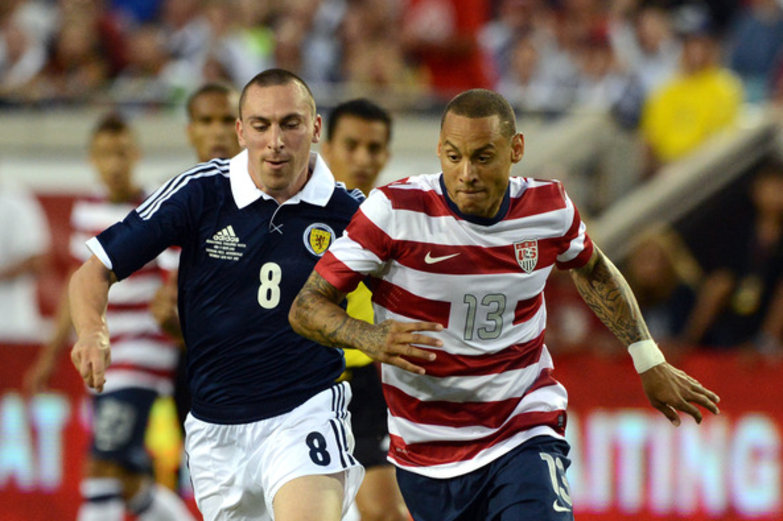 Will the U.S. get the best of Scotland?

Missing this time are Landon Donovan, Clint Dempsey, Fabian Johnson, Matt Besler, Graham Zusi and Kyle Beckerman, who are either dealing with an injury or are preoccupied with the MLS Cup Playoffs. Still, the U.S. has a strong squad with Tim Howard in goal, Michael Bradley and Jermaine Jones making up the central midfield and Jozy Altidore up top.

The match kicks off at 3 p.m. ET and will be televised live on ESPN2 and you can watch online on ESPN3.

• Dempsey, Fabian go down with injuries