USA vs. Bosnia, Beer of the Day: Tame the Dragons

Grab your beer of choice and settle in; the U.S. are in Sarajevo.

Share All sharing options for: USA vs. Bosnia, Beer of the Day: Tame the Dragons

OK. I got that out of the way. Since then end of the Gold Cup (which we one and Mexico didn't, by-the-way) there hasn't been a United States match to write about and gloat in.

What's done is done and now we, as U.S. fans, turn our eyes back toward World Cup Qualifying; with just this mid-August international friendly standing in the way. Thankfully it's not some mindless cash-grab game against Mexico (see you soon!) and a real European test after snacking on all those poor CONCACAF nations over the last month. 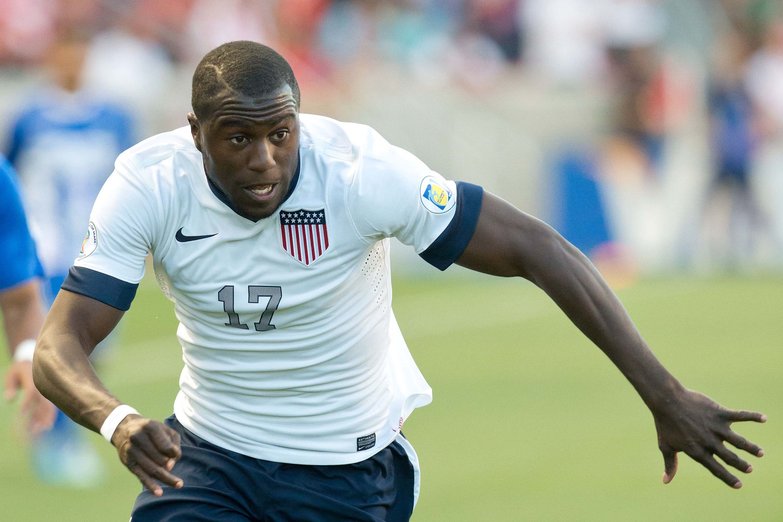 Can the U.S. upend Bosnia to win their 12th straight match?

But seriously... didn't it feel good to go out and stop around a bit? When the last time we're seen the USMNT just go out and smash some opponents? Like 8-0 against Barbados in 2008?

Bosnia, though. Well. Bosnia AND Herzegovina actually. See they had to double up for the match because the Nats are on such a roll. They'll be good. FIFA (not that you can believe anything from them) say they're ranked 13th in the world so this is a real test. We're 19th and ahead of Mexico which is kind of like beating your little brother in a race for a spot in line for a roller coaster ride then realizing you're still behind all the older kids.

Lots of new faces in the U.S. camp: Icelandic Kevin Bacon Aron Jonhannnnnnsssssoon (pitman Jesse Bignami better count those letters carefully), John Anthony Brooks, Bobby Wood, Cody Cropper, and Tim Ream. Some will see time. Some we thought were dead. Most are just in for a good look in camp.

All will face the "Dragons" (Zmajevi) of Bosnia and Herzgovina. And we've got a pair of taking-down-the-dragon-knight-in-shining-armor beer recommendations, both variations on the stout style, for you this USMNT game day.

Next up is New Holland Brewing Company of Holland, Michigan and their "Dragon's Milk" Bourbon Barrel Stout. Described as a "stout with roasty malt character intermingled with deep vanilla tones, all dancing in an oak bath." Taking the work of the "Slayer" and adding a bunch more boozy flavor to it.

Today's effort is going to take just that. A good performance and then kicking it up a notch. Eleven in-a-row, looking at twelve before resuming our quest for qualifying for Brazil. A win is another feather in coach Jurgen Klinsmann's cap. A loss one more lesson learned in Europe. A draw... sure why not?

The real test comes when we travel to Costa Rica and host Mexico in September. Everything else is just prep work.

Hopefully you're taking a "bisnass lunch to watch this one. What are you drinking today?