USA to play friendly vs. Mexico on April 2 in Arizona

The U.S. will get another chance at dos a cero on April 2 in their last match before World Cup training camp.

Share All sharing options for: USA to play friendly vs. Mexico on April 2 in Arizona

Rumblings of a United States vs. Mexico friendly in April started last month when multiple reports south of the border said that the two teams would play at University of Phoenix Stadium in Glendale, Arizona. Now, it's official. 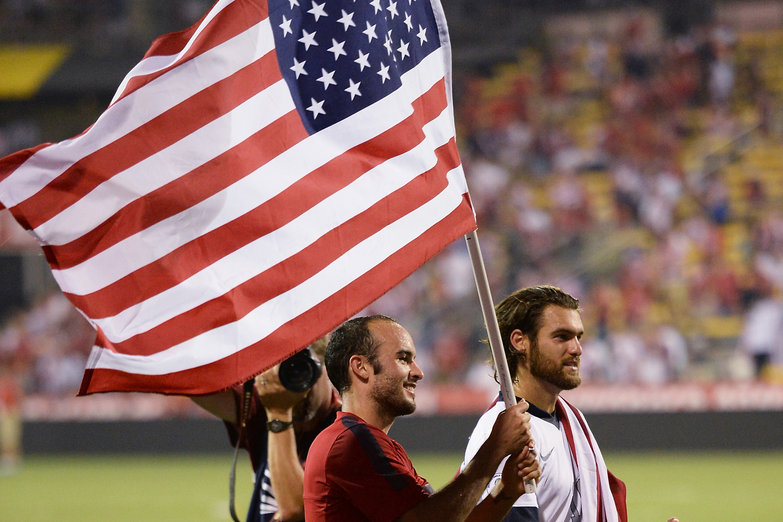 We want you to design a new U.S. crest. Oh, and there's a prize.

The match will not fall on an FIFA international date so clubs would not have to release players on either team for the match. MLS and Liga MX teams are expected to release players for the midweek match, though, allowing the Americans and El Tri to play with domestic squads.

Normally, matches on non-FIFA dates are a drag, but this one could prove interesting. Not only are all U.S. vs. Mexico matches intense, but both teams have seen domestic players become the core of their first choice squads. With Liga MX players also available, the U.S. could feature as many as eight World Cup starters when they take on Mexico, while El Tri qualified for Brazil with an all Liga MX side.

The FIFA schedule has put a squeeze on national teams this year, scheduling just one international date before the end of the European season. The U.S. will play Ukraine on that date, March 5, but with so little time to prep for Brazil, Jurgen Klinsmann wanted to get some of his team together at least one more time. He'll do that against Mexico, the Americans' final friendly before gather for World Cup training camp and three friendlies in late May and early June.

The U.S. went undefeated against Mexico in 2013, drawing El Tri at Estadio Azteca before winning 2-0 at home, again. Now they'll get the chance to keep that going in 2014.