Diego Fagundez's path to the USMNT starts with green card, now it gets messy

Diego Fagundez has started the path to citizenship with a green card. Let the complications begin.

Share All sharing options for: Diego Fagundez's path to the USMNT starts with green card, now it gets messy

When word spread on Monday that Diego Fagundez got his green card, the recycled United States citizenship questions and speculation began again. How long before he can be a citizen? Does his status as a possible international athlete speed up the process? What if he goes to Europe?

The questions and speculation are, for the most part, the same questions that come up every time a good young player gets on the U.S. radar, as Fagundez most certainly is. He has put together a remarkable season for an 18-year-old in MLS and, if he was a citizen, would almost certainly be called into January camp. But he is not a citizen, only a "permanent resident" despite having lived in the U.S. since he was five years old.

Fagundez must now wait five years before applying for citizenship

U.S. naturalization laws state that Fagundez must now wait five years before applying for citizenship (it can be reduced to three if he marries a citizen) so fall 2018 appears to be the most likely date he can get a passport and, theoretically, suit up for the Yanks. But there are a few stipulations in there. He has to live in the U.S. for 30 months in those five years, he cannot be outside the country for more than six months in a row and he has to live in the U.S. from the date he applies for citizenship until he receives it, which can take weeks or months.

So what happens if Fagundez leaves to play in Europe? He would have to do so only after April 2016 (30 months from now), but he could leave as early as April 2015 so long as he returns for at least eight weeks each summer in his offseason. He would also have to ensure that he comes back to the U.S. at least once every six months, even if only for a day or a weekend.

Whether Fagundez can navigate all these things remains to be seen. Whether he even wants to is also up in the air. The New England Revolution player can also play for Uruguay and has been called in to a La Celeste youth camp before, so he's obviously on their radar, and them on his.

Moreover, if he ties himself in any way to Uruguay in the next five years, he will be ineligible to play for the U.S. because the one-time switch rule stipulates that a player can only exercise his switch if it is to a country he was eligible to play for when he tied himself to the first country. Since he will not have citizenship in the next five years and is therefore not eligible for the U.S., any representation for Uruguay between now and 2018 means he cannot use a one-time switch to join the Americans later on.

The situation is undoubtedly confusing, but that's the nature of American naturalization laws. They are stricter than most countries and the five-year wait is longer than almost any other. The U.S. also refuses to make exceptions for athletes -- not anymore, at least, as the U.S. used to -- which is different from some countries, which will fast track citizenship for people who will represent them internationally because being better represented on the world stage is justification for amendments to their naturalization laws.

John Anthony Brooks, the son of an American serviceman born in Germany, chose to play for the U.S.

Every time a situation like this comes up, Americans -- at least those who care about the situation at hand, like soccer fans in this case -- debate the fairness of the naturalization laws. Some defend them, feeling that sport should not play into citizenship and that if an athlete really wants to be an American, he will wait and be grateful not just for the passport, but the ability to represent the country. Others believe that international competition reflects well upon the U.S. and the government should make exceptions to better represent the team, in this case the Yanks in the World Cup. Some just want an overhaul of the laws, thinking they are needlessly complex and ask way too much of a person.

In Fagundez's case, it's easy to be upset with the naturalization laws. The 18-year-old may have just gotten his green card, but it is not as if he just came to the U.S. He has lived here since he was five years old and has attended American schools. He is a product of the American youth soccer system, and a shining example too, having gone through youth clubs to the Revolution academy before becoming the club's first homegrown signing. He is what Americans want to be the norm in youth players, and he is as much an American as he is a soccer player.

Had Fagundez not been a soccer player, he still would have lived in the U.S., been schooled in the U.S. and, hopefully, used the tools acquired in the U.S. to better his community, the country and the world. That he, someone whose attachment to the country goes well beyond soccer, has to wait five more years to wear the crest of the nation he has lived in for 13 years already seems crazy to some.

That craziness is amplified by the players on the U.S. team who had no problem getting citizenship and representing the Yanks. Aron Johannsson got citizenship simply by being born in the U.S., despite moving to Iceland when he was three and living there from that point on. That's not to say that Johannsson isn't American enough, but that citizenship was handed to him on the day he was born, while Fagundez won't get his until at least 18 years after first coming to the country seems, at best, nonsensical. 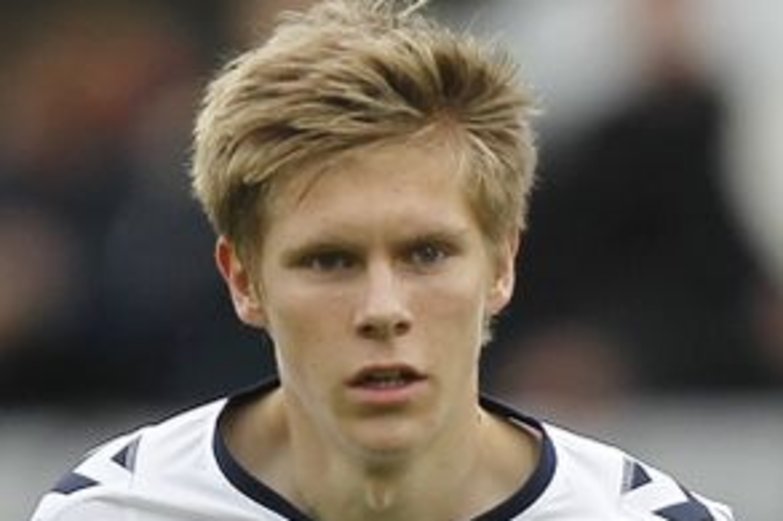 Aron Johannsson, a citizen, was cleared by FIFA to join the U.S. in August

Should the U.S. relax its citizenship laws? Or should they make them stricter so everyone born in the country doesn't get citizenship? Maybe the country should consider things on a more case-by-case basis instead of sticking to the letter of the law at all times?

These are questions that may be asked of the country, but for everyone, not just athletes. There are lots of people just like Fagundez, who would like citizenship after more than a decade in the U.S., but still have to wait. The difference is they aren't incredibly gifted soccer players.

In the meantime, the laws are the laws and barring a change, which doesn't seem imminent, Fagundez will be a citizen in 2018. That is if he doesn't leave to play in Europe before 2016, or maybe 2015 if the months work out, unless he marries a citizen, but then he has to come back every six months and what if it takes the government months and months to grant him citizenship after applying so he can't do it one offseason?

It's complicated. Probably needlessly so.