Diego Fagundez says he wants to play for USA

Diego Fagundez has made it clear: he wants to put on the red, white and blue.

Share All sharing options for: Diego Fagundez says he wants to play for USA

Fagundez gets green card, now it gets messy 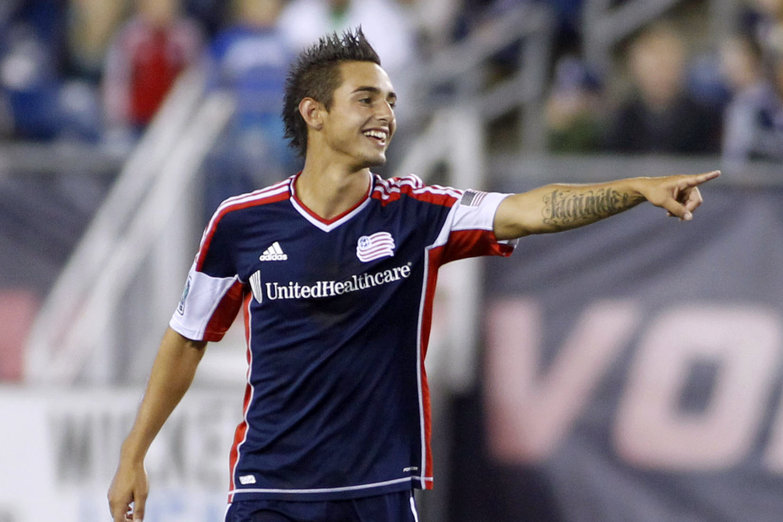 Diego Fagundez isn't a United States citizen. In fact, he's not that close and the next several years waiting for him to get his passport may be messy, but that hasn't stopped him from setting his sights on playing for the Yanks.

Days after receiving his green card, which puts him on the path to citizenship, the Uruguayan-born New England Revolution midfilelder told Brian O'Connell that he intends to suit up for the Red, White and Blue and any speculation that he may choose to play for Uruguay or will prioritize his club career over his international career appears to be quieted for now.

Diego:"i knew that if i got (the green card), it'd be 1 step closer to playing for a nat'l team."Clarified it to #USMNT right after. #NERevs

Diego hopeful he can "try to make something work a little faster" to get his citizenship. #USMNT #NERevs

Exactly how he hopes to make things work a little faster is unclear. The only obvious way to do so is to get married to a citizen, cutting the five-year wait time to three years, but his desire to play for the U.S. isn't murky at all. He wants to be a Yank.

While Fagundez saying that he wants to play for the U.S. may seem like a formality, it is not. He played in a Uruguay youth team camp and is staring at a long wait for citizenship, a process that could be complicated if he leaves MLS to play for a European club. If Fagundez plays for the U.S., it is because he is really committed to doing so because it won't be as simple as just waiting for a call-up.

But Fagundez has been in the U.S. since he was five years old and apparently is compelled to wear the colors of the country he has come to call home. Now it's just a matter of crossing your fingers that the scintillating 18-year-old gets the chance.