Jurgen Klinsmann won't get a look at Julian Green in November.

Share All sharing options for: Bayern Munich's Julian Green will not train with the USA in November

Despite a ton of excitement from United States fans that Julian Green had been called in to train with the senior team head of friendlies against Scotland and Austria next month, the Bayern Munich starlet will not join up with the team. In fact, it might be because of the excitement that he'll stay with the Bayern reserves instead of working with the Americans.

Green called in to train 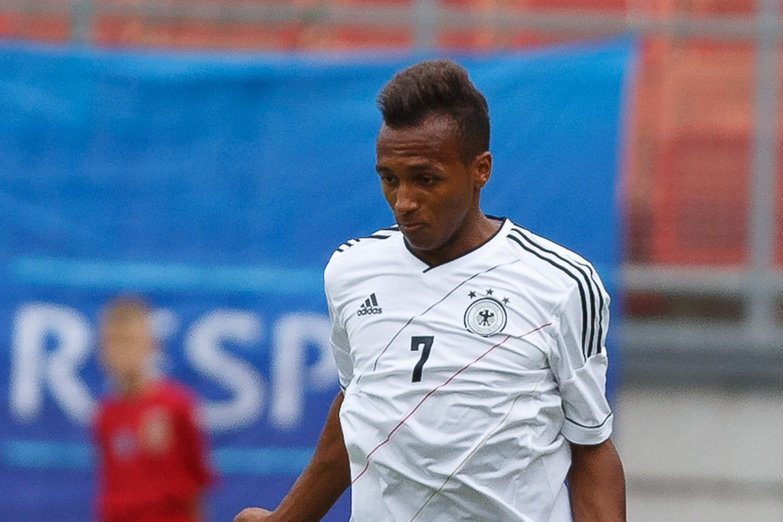 Ineligible to play in a match, Klinsmann called Green in to train with the U.S.

"We are going to give Julian an opportunity to breathe," Jurgen Klinsmann said to U.S. Soccer. "All of these conversations and attention can be a bit overwhelming for a young player, so we decided to take the foot off the pedal and let him focus on his work at Bayern."

If you believe Klinsmann -- and right now there is no reason not to -- then it was a mutual decision for Green to skip training with the U.S., not his declining Klinsmann's invitation. That he would pass on training is a real concern for the U.S. because he is one of the brightest prospects in the Bayern academy and could play for Germany.

Green has already played in Germany U-19 European qualifiers, provisionally tying him to the Germans. He can still play for the U.S. if he files a one-time switch to the Americans, but that would close the door on Germany and he doesn't appear ready to make a decision yet. After all, he has played for both countries' youth national teams, albeit for the U.S. in just friendlies, so he's obviously open to both teams.

For now, it appears as if Green will take more time to decide. Whether he just wants to focus on getting the Bayern reserves promoted and, likely, finding a Bundesliga club to go on loan to next season or wants to keep both options open for as long as he can remains to be seen. Whichever it is, Klinsmann thinks the U.S. has a decent shot of landing the outstanding 18-year-old son of an American serviceman.

"We had a great conversation. He’s a mature young man and he clearly has a bright future. I told him that when the time is right, the door is wide open."