The buzz on Jurgen Klinsmann is starting to pick up.

Jurgen Klinsmann has said he is interested in remaining in charge of the United States after the 2014 World Cup, when his contract ends, but he still doesn't have a new deal that locks him in as the Americans' manager in 2015 and beyond. So with Klinsmann's future still in doubt to some degree, Switzerland is looking to move in and snap up the German. 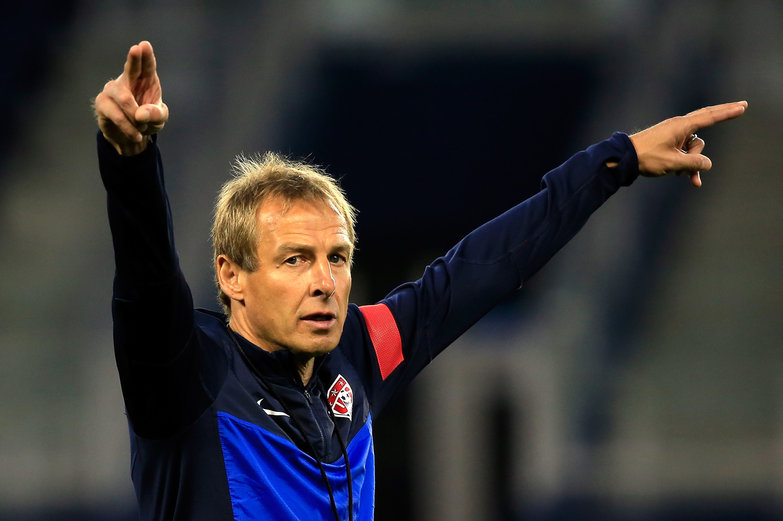 According to Blick, Switzerland would like to hire Klinsmann to take over after the 2014 World Cup. Ottmar Hitzfeld is set to retire after Brazil, wrapping up a wildly successful six-year stint that saw him lead the country to World Cup qualification and No. 7 in the FIFA World Ranking, which earned Switzerland a seed in next summer's tournament. With the post open beginning in July 2014, the Swiss are looking for a new manager and Klinsmann appears to be an ideal candidate after what he did with the U.S. this year.

The talk of Klinsmann to Switzerland comes as the Americans get ready to take on Austria in a friendly, a meeting that may allow the Swiss FA to talk with the manager and his Swiss agent. It's still tough to imagine him taking over Switzerland, who offer little more than the U.S. does and are far away from his Manhattan Beach, CA home, but it's naive to think that they will be the only the team to come calling. Others will, and they may be far more tempting than the Swiss.

The manager told Bild that he has had "several inquiries." Those probably include clubs, which would likely pique Klinsmann's interest after his abbreviated stint with Bayern Munich that left his reputation in the mud. Maybe he wants to prove that he can manage a club team, having failed there despite successes at the international level. Regardless, he will be in demand if the U.S. has a strong World Cup and the $2.5 million the U.S. currently pays him may not be enough, nor will the challenge, if the offers start rolling in.

For his part, Klinsmann has said that he is completely focused on the 2014 World Cup and that any interest in him is a "wonderful acknowledgement of our work here in the U.S.," but he still doesn't have a contract post-2014. Maybe the USSF is wary of bringing him back, no matter what he does in Brazil, and that would be understandable considering the historical struggles of second cycle managers, but they may need to make a decision on that soon. Other teams are starting to make their moves for Klinsmann.