Back from the dead, Eddie Johnson is World Cup-bound

Share All sharing options for: Back from the dead, Eddie Johnson is World Cup-bound

The statement that I'm about to make probably won't be that big of a deal. In fact, it's probably believed by most, if not all, fans of the United States at this point in time. However, if I made this same exact statement a year and a half ago, I would've been laughed off of the Internet, and the Internet is a serious place, folks. Without further ado, here is the not-really-controversial-anymore statement.

Barring an injury, Eddie Johnson is basically a lock to go to World Cup 2014 in Brazil as a member of the United States Men's National Team.

The U.S. are champions of CONCACAF 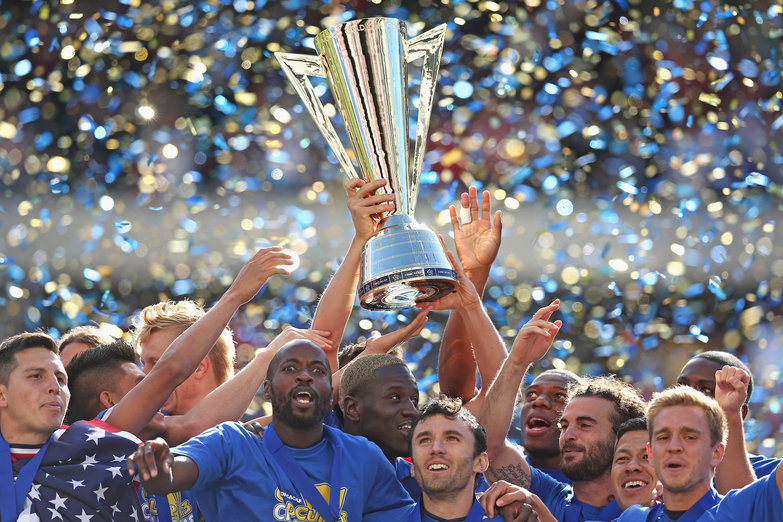 A 1-0 win over Panama won the U.S. the Gold Cup for the first time in six years.

I know that there's at least one of you out there that are sitting there and thinking, "Duh. Eddie has been playing great soccer. This isn't news to me." Well, yeah, it's not news to you now.

Do you remember what things were like before Eddie signed with the Seattle Sounders in February 2012? You don't remember? Well, let's venture into the wonderful world of comments from that article at SB Nation's Seattle Sounders blog Sounder At Heart.

They were in denial.

Am I the only one who has verified it isn't April 1st about 25 times, pinched myself to make sure I'm awake, and then just stared at the headline trying to make some sort of sense out of this?

They questioned their front office.

Did we just trade two good players for one bad one?

They thought about drinking.

The following one is probably my favorite. This person was not happy, and they wanted you to know it:

Let me tell you about Eddie Johnson. The man is a waste of air. A complete disappointment to everyone who has ever come into contact with him. He has squandered a career going from club to club (with the help of his agent, who has given up on him twice in the last five years) destroying whatever whisper of exceptional talent the man may have had at one time.

Looking back, these comments are a little silly and over the top, but it wasn't just Sounders' fans feeling this way when the story dropped. It was most of us.

Most of us wanted Eddie Johnson to "come home" to MLS in order to start playing again and rejuvenate his career. His European career was finished, and it seemed lie he was finally accepting it. However, nobody really wanted their team to sign him.

Every goal the U.S. scored in the Gold Cup 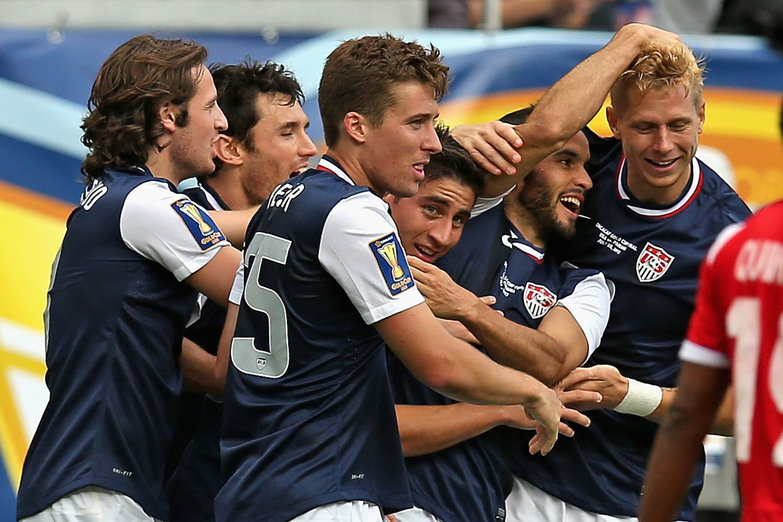 Video of all 20 goal en route to a Gold Cup title.

I remember exactly where I was when I heard that Seattle had traded Mike Fucito and Lamar Neagle to the Montreal Impact for the rights to sign Johnson. There's a chat room that the SB Nation writers use, and that's where this story takes place. I'm sure we were in the midst of a philosophical discussion of some sort, when Jeremiah Oshan from Sounder at Heart joined us and delivered the news.

Now, I can't remember exactly what was said that fateful afternoon, but I can assure you that there was some laughter. Did I say some? There was a lot of laughter. I honestly couldn't believe that the Sounders had traded for him.

Those are all clubs that the self-proclaimed Grown Ass Man moved between during his three-year hiatus from national team relevancy. During those sojourns, GAM only found the back of the net seven times. He was mocked and ridiculed by most of us. Everyone knew that he had talent, but things were just not working overseas. It was time for a change.

You know the story, though. Eddie showed up in Seattle and scored a bunch of goals. Then, Jurgen Klinsmann gave him a shot with the national team, and his faith was rewarded. Clint Dempsey is the only American that has scored more goals than E.J. in World Cup Qualifying (he's level on three with Jozy Altidore). As of this moment, he's the second forward on the depth chart behind Altidore, and I dare you to try to force someone in the World Cup squad ahead of EJ. It's not possible.

At 29 years old, the Grown Ass Man is finally all grown up and has put himself in position to get back to the biggest stage of them all.

• The U.S. are champions of CONCACAF

• No manager, no problem: USA has done it before