It wasn't too long ago that Boyd got an American flag tatto and he also got a bald eagle tattoo, but his eagle couldn't fly. Now it can.

Got my eagle some wings pic.twitter.com/XoghrrzkYU

Patriotic tattoos are all the rage among U.S. players right now. Two weeks ago, Jermaine Jones got an American flag star tattoo on his knee. Assumedly, Brek Shea will get one of his own soon. 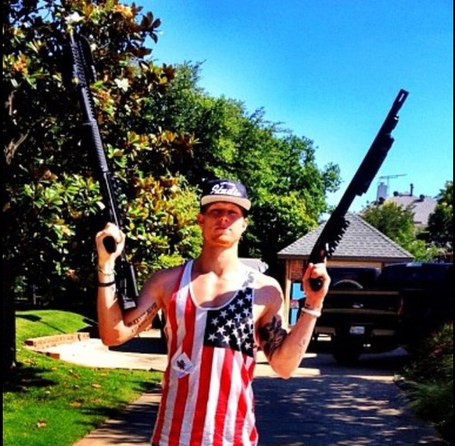 The United States is so close to being ready for the World Cup. So close.