The USA's World Cup group isn't as bad as it looks

Group G is tough, but the U.S. has a way out of it and it's not exceedingly difficult either.

Share All sharing options for: The USA's World Cup group isn't as bad as it looks

The United States had one hope: don't end up in the Group of Death.

The U.S. was grouped with Germany, Portugal and Ghana, making for almost as tough a group as the Americans could have imagined. But it wasn't actually the worst group possible -- just ask Australia, who are with Spain, the Netherlands and Chile. In fact, it's not nearly as bad as it looks. 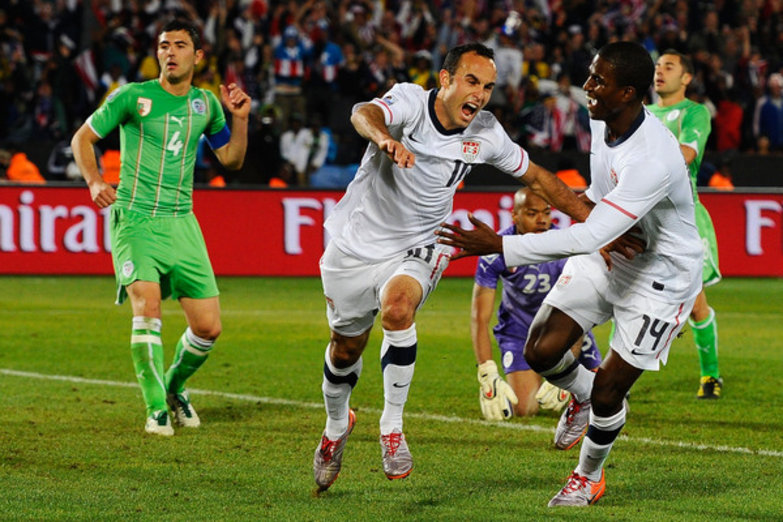 The 2006 and 2010 World Cups showed just how important the draw is to the Americans.

Nobody would question that the Americans were put in a tough group, but if you look beyond the teams' reputations, they aren't so intimidating. At least that's the case for Portugal and Ghana. Germany is every bit as frightening as their name suggests, but so long as the Germans take care of business and walk away with three wins, the U.S. will have a fair shot at the knockout stages.

Portugal may not be a one-man team, but they are close. Their best showing in the last 18 months came against Sweden when Cristiano Ronaldo essentially put the team on his back. Joao Moutinho, Pepe, Fabio Coentrao and Helder Postiga give the Portuguese plenty of talent alongside Ronaldo, but it hasn't mattered. They finished second to Russia in their World Cup qualifying group and twice drew Israel. Portugal may be intimidating on paper, but in reality, they are amazingly fallible, just as the Black Stars are.

Ghana may be the best team in Africa, but they have been besieged by injuries and a lack of form to some of their best players. The breakdown of Michael Essien has hurt them some, while Asamoah Gyan has traded Ligue 1 and the Premier League for the UAE Pro-League. They have talent in Kwadwo Asamoah, Sulley Muntari and Kevin-Prince Boateng, but they are not a world power.

Americans' esteem for Ghana is inflated because the Black Stars eliminated the U.S. in each of the last two World Cups, while Portugal brings to mind Ronaldo. Those are both reasons to be weary, but hardly enough to be fearful.

To make matters better, the U.S. got probably the schedule they wanted most. They will play Ghana first, giving them their best chance to take three points right off the bat and Germany last, when the Germans may have already qualified for the knockout stages and are resting players. Whereas the 2006 World Cup put the Americans in a bad place, playing the Czech Republic first and Ghana last, the schedule gods shined upon them for Brazil.

Maybe the worst part of the draw is the travel asked of the United States. Their place as the fourth team in Group G requires them to play in Manaus, deep in the rainforest, and gives them nearly 9,000 miles of total travel in the group stage. Especially for Jurgen Klinsmann, who puts a huge emphasis on fitness and recovery time, that is a blow for the U.S.

The U.S. was certainly unlucky on Friday, especially when Group E, with Switzerland, Ecuador and France was a possibility, but the draw hardly buried the Americans. Four points from the group stage isn't just possible, it's reasonable and that may be all it takes to advance to the Round of 16.

The draw put the U.S. in a hole, but it's not a staggeringly deep one.